Items related to Encyclopedia Of Rhythms (Evolved According to the Schillinge...

Schillinger, Joseph Encyclopedia Of Rhythms (Evolved According to the Schillinger Theory of Int)

Encyclopedia Of Rhythms (Evolved According to the Schillinger Theory of Int) 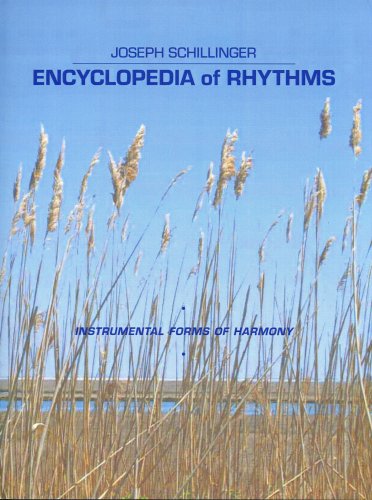 The most original and novel phase of Schillinger's approach was that it was the first system of musical theory based, not on harmony, but on rhythm. To be sure, he conceived of rhythm in more comprehensive terms than simply the variation of metre achieved by manipulating note durations, accents, rests and tempo. This is a book of rhythm resources.

Joseph Moiseyevich Schillinger (Russian: , 1 September 1895 23 March 1943) was a composer, music theorist, and composition teacher who originated the Schillinger System of Musical Composition. He was born in Kharkiv, in the Kharkov Governorate of the Russian Empire (present-day Ukraine) and died in New York City. The unprecedented migration of European knowledge and culture that swept from East to West during the first decades of the 20th Century included figures such as Prokofiev and Rachmaninov, great composers who were the product of the renowned Russian system of music education. Schillinger came from this background, dedicated to creating truly professional musicians, having been a student of the St Petersburg Imperial Conservatory of Music. Unlike his more famous contemporaries, Schillinger was a natural teacher and communicated his musical knowledge in the form of a precise written theory, using mathematical expressions to describe art, architecture, design and (most insistently, and with most detail and success) music. In New York, Schillinger flourished, becoming famous as the advisor to many of America s leading popular musicians and concert music composers including George Gershwin, Earle Brown, Burt Bacharach, Benny Goodman, Glenn Miller, Oscar Levant, Tommy Dorsey and Henry Cowell.

1. Encyclopedia Of Rhythms (Evolved According to the Schillinger Theory of Int)