Items related to Hell in a Very Small Place: The Siege of Dien Bien... 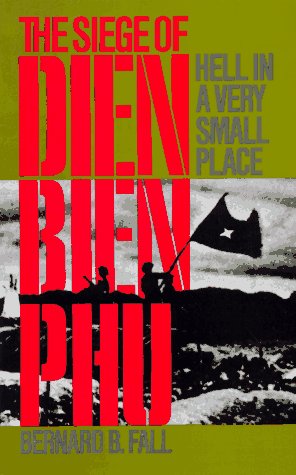 The siege of Dien Bien Phu, in which a guerrilla force of Viet Minh destroyed a technologically superior French colonial army, must rank with Waterloo, Gettysburg, Midway, Stalingrad, and Tet as one of the decisive battles in military history. Not only did Dien Bien Phu put an end to French imperial efforts in Indo-china, but it also convinced the Viet Minh, when they came to power in Communist North Vietnam, that similar tactics would prevail in their war with the United States. As an American army officer told Bernard Fall during the Vietnam War: ”What we're doing here basically is, we're exorcising Dien Bien Phu.”Bernard Fall in this monumental work has written an exhaustive, revelatory, and vivid account of the battle, leading the reader from the conference rooms of the U.S. State Department to the French Foreign Office to the front lines of Indo-China and the strategy sessions led by General Giap and Ho Chi Minh. Among the many historical curiosities here disclosed is evidence that then-Secretary of State John Foster Dulles offered atomic bombs to the beleaguered French, and that then-Senator Lyndon Johnson played a key role in defeating a proposal to aid the French with critical air support. Without U. S. aid, the fortress at Dien Bien Phu fell on the very day that the cease-fire conference opened in Geneva.Based on hitherto unavailable documentation from the French Defense Ministry, and replete with detailed maps of the many assaults, Hell in a Very Small Place is a first-rate military history. But even more powerful is the political wisdom it imparts about a war that was not only the beginning of the end of the French colonial empire but a rehearsal for American involvement in Vietnam.

Bernard B. Fall was forty years old when he was killed as a journalist on patrol with the U.S. Marines in South Vietnam. A noted scholar of Indo-Chinese history, he studied Vietnam in all of its phases, publishing seven books on the subject, including Street Without Joy.

"A thorough account of a brave, sanguinary battle that has since turned out to have immense historic importance." ---The New Yorker