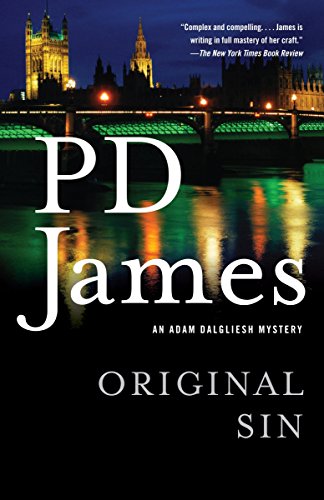 Adam Dalgliesh takes on a baffling murder in the rarefied world of London book publishing in this masterful mystery from one of our finest novelists.

Commander Adam Dalgliesh and his team are confronted with a puzzle of impenetrable complexity. A murder has taken place in the offices of the Peverell Press, a venerable London publishing house located in a dramatic mock-Venetian palace on the Thames. The victim is Gerard Etienne, the brilliant but ruthless new managing director, who had vowed to restore the firm's fortunes. Etienne was clearly a man with enemies—a discarded mistress, a rejected and humiliated author, and rebellious colleagues, one of who apparently killed herself a short time earlier. Yet Etienne's death, which occurred under bizarre circumstances, is for Dalgliesh only the beginning of the mystery, as he desperately pursues the search for a killer prepared to strike and strike again.