Items related to The Best Bad Luck I Ever Had

Kristin Levine The Best Bad Luck I Ever Had

The Best Bad Luck I Ever Had 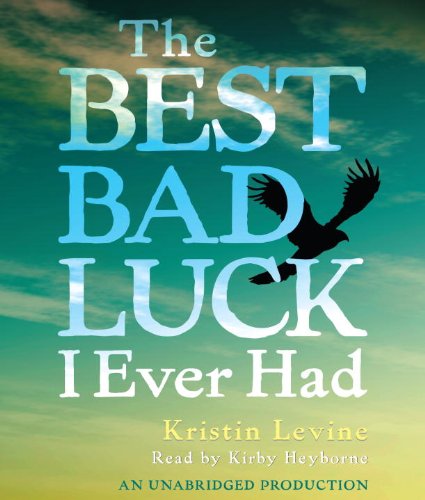 Harry “Dit” Sims and Emma Walker are the unlikeliest of friends. Emma, the educated twelve-year-old daughter of Moundville’s new postmaster, is all wrong as far as Dit’s concerned. Dit was told the new postmaster would have a boy his same age, not a girl. But the rest of the town is more surprised by the Walker family’s color than whether Emma’s a boy or a girl. But that makes no difference to Dit’s mother. Her rule is to be nice to everyone, and before long, Dit’s glad about Mama’s rule. Emma’s not like anyone he’s ever known. Emma is the first person to ever listen to Dit.

Emma also makes Dit think, and about things he’s never given much thought to before, like why the colored kids and the white kids can’t go to school together. Soon Dit’s thinking about a lot more when Doc, who is black and the town barber, is accused of a terrible crime. Dit and Emma know he doesn’t deserve to be punished, and together they come up with a daring plan to save Doc from the unthinkable.

Set in 1917 in Moundville, Alabama, and inspired by the author’s family history, this is the poignant story of a brave friendship and the perils of small-town justice.

Taken from Levine's family history, this story tells of the life-altering friendship between a white Alabama farm boy and an African-American city girl. Kirby Heyborne effectively portrays Harry, better known as "Dit," the 12-year-old narrator of the story. His enthusiasm is evident as he stands at the train station awaiting the arrival of the new postmaster and his 12-year-old son. You hear all the disgust and disappointment in Dit's voice when he realizes that the boy is not only a GIRL but also black! Young Dit is believable as he slowly risks friendship with Emma, teaching her baseball while admiring her broader experience. The friendship leads him to question the status quo and find the courage to act against his town's Jim Crow justice. N.E.M. © AudioFile 2010, Portland, Maine

1. the best bad luck I ever Had