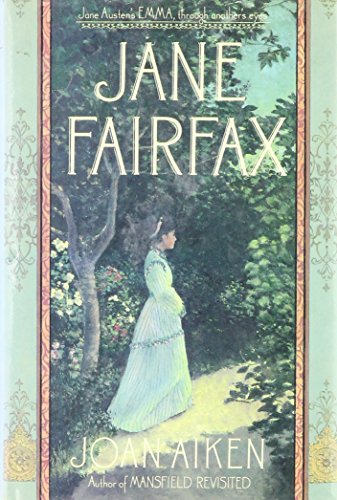 The outsider who threatens to outshine her new friend Emma in Jane Austen's classic novel of manners and romance takes on a deeper life, with her own feelings and desires

Joan Aiken, the daughter of Conrad Aiken, is an award-winning author. She divides her time between London and New York.

Once again Aiken ( Mansfield Revisited ) playfully recreates the fictional world of Jane Austen by appropriating her characters: Jane Fairfax is the friend and rival of the heroine of Emma . Here, headstrong, self-important Emma Woodhouse is pushed from center stage as the limelight falls on the childhood and maturation of her foil. Orphaned Jane is brought up by her shabby-genteel aunt and grandmother in Highbury, near the Woodhouse family estate. Jane joins Emma in her music lessons, where Jane's talent and diligence invite a jealousy in Emma, which is partly overcome after the death of her mother leaves a disconsolate Emma receptive to too-good-to-be-true Jane's sympathy. Then an old family friend whisks Jane off to London in order to educate her alongside his daughters, so that she might eventually support herself as a governess. A grown-up Jane returns to Highbury secretly engaged to Frank Churchill, whose aunt refuses to die and leave him the money and freedom to marry as he chooses. While Aiken lacks Austen's incomparable style and wit, her light, diverting novel captures the flavor, if not the substance, of Austen's milieu.
Copyright 1991 Reed Business Information, Inc.