Items related to Keith/Standing in the Shadows

Booth, Stanley Keith/Standing in the Shadows 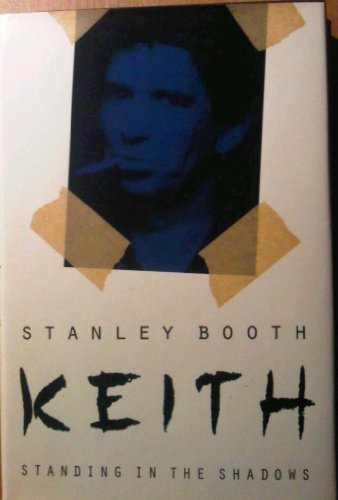 An in-depth exploration of the career, influences, and life of rock and roll giant Keith Richards, the lead guitarist of the Rolling Stones, traces his love for blues, his love/hate relationship with Mick Jagger, and much more.

"The interesting thing about music to me is that music has always seemed streaks ahead of any other art form of social expression."--Keith Richards

"A close-up look at the hard-driving, passionate musician who was once a choirboy and a convict."--Playboy

"If there's one truth about the Rolling Stones, it's that people tend to die around them. Stanley Booth, God bless him, has lived to tell about it . . . Keith emerges quietly as the portrait of a specific kind of artist--a hard-working, record-mad, true musician."--Sarah Vowell

"Stanley Booth's new bio, Keith, is pretty close to a Stones demythology. Booth gets out of the way and lets the guitarist tell it."--Puncture Magazine

"Booth has crafted a worthy adjunct to his own True Adventures of the Rolling Stones (easily the best chronicle of the band), weaving a tale that's one part straight rock bio and one part Richards-centric view of the rock universe."--Request Magazine

"Booth cuts through the Dionysian thickets of Richards' adult life as gracefully as a blue highway through the Mississippi backwoods. . . . Booth lovingly details forays into the relationship between the artist and his music that are more than just illuminating; they're X-rays that expose the true heart of rock 'n' roll."--David Sprague

2. Keith/Standing in the Shadows Booth, Stanley and Gruen, Bob