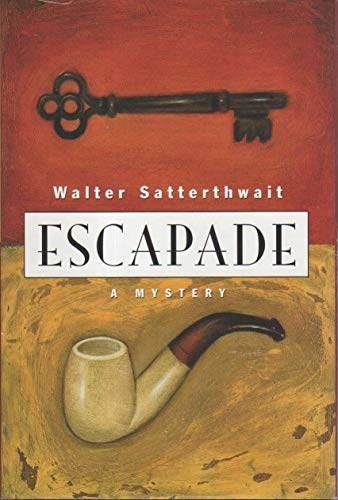 In the summer of 1921, English society is fascinated by the spiritual world - perhaps no one more than the great mystery writer Sir Arthur Conan Doyle, one of thirteen eager guests at a weekend party and seance in a stately Devon manor house steeped in history and tradition. But, as Sir Arthur puts it, "Something very strange, and very sinister, is occurring here at Maplewhite." Whatever it is, warns his skeptical friend Harry Houdini, it is most certainly of this world, and no other.
Their suspicions are amply confirmed when their host, the Earl of Axminster, is found murdered - in a locked room.
Suspects and secrets abound, from the lovely Lady Purleigh and her nubile daughter, Cecily, to Dr. Erik Auerbach, the Viennese psychoanalyst, to Mme. Sosostris, the renowned European medium. Nobody is quite what they appear to be, and everyone has something to hide, in a mystery so puzzling that it baffles not only Sir Arthur Conan Doyle, but even the Great Houdini himself. Only the two greatest masterminds of artful deceit could solve a crime so ingeniously crafted and cunningly executed.

Can mystery be far behind when Houdini and Arthur Conan Doyle meet? Satterthwait (The Hanged Man) offers up a delightful locked-room caper enlivened by Houdini's ego and Doyle's decency and narrated by Phil Beaumont, a Pinkerton agent hired as bodyguard after Houdini is threatened by a rival magician. Invited during the summer of 1921 to attend a seance at Maplewhite, the home of Robert, Lord Purleigh, the threesome of Houdini, Doyle and Beaumont becomes involved in ghost sightings, attempted murders and the apparent suicide of the Earl of Axminster. The supporting cast keeps the pace brisk. Lord Bob is the model of a blustery English lord (though he calls himself a "democrat"); his daughter, Cecily, insists she is not a nymphomaniac, but slimy Sir David Merridale would love to prove her wrong. Central is Jane Turner, who sees ghosts and discovers key evidence in the death of the Earl?all while someone may be trying to kill her. One of the most appealing characters is the Shakespeare-quoting Inspector Marsh, whose perpetual amusement accelerates the last third of this already fast-paced book in which reason and chic spiritualism vie for supremacy.
Copyright 1995 Reed Business Information, Inc.