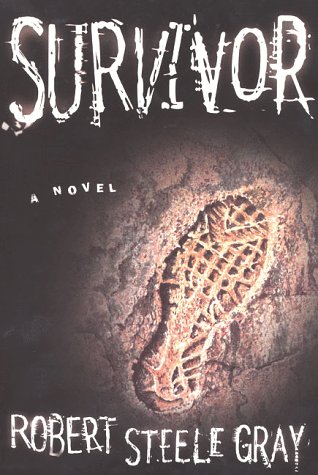 An overweight, fortysomething couch potato who adores electronic gadgets, Mark Lewellyn is caught up in the challenge of his life when twin lightning bolts hurtle him back in time to Stone Age America, where he must use all his wits and ingenuity to survive. A first novel. 15,000 first printing.

Mark Lewellyn is an overweight, forty-something couch potato leading a life dominated by computers, television, and an array of other electronic gadgets: in other words, the typical modern man. Incredibly, while out in a rainstorm, Mark is struck by twin lightning bolts that steal him from his lazy suburban slumber and propel him back into stone-age America.

The absence of today's modern conveniences proves to be the least of Mark's troubles, as he's forced to confront the very essence of life: basic survival. Suddenly he faces buffalo herds, bears, floods, primitive villagers, and warring Indian tribes. This is not only a thrilling adventure story, but also the fascinating account of a "nobody" lost in a modern anonymity who learns what it really means to be a man.

Robert Steele Gray is the editor of Golfer Magazine.