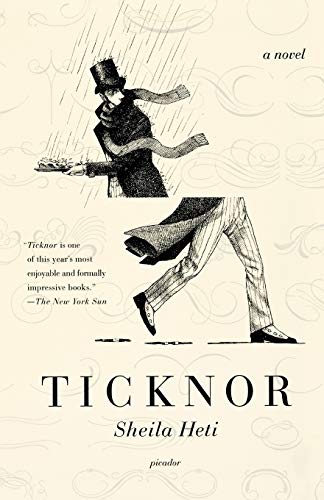 On a cold, rainy night, an aging bachelor named George Ticknor prepares to visit his childhood friend Prescott, a successful man who is now one of the leading intellectual lights of their generation. With a hastily baked pie in his hands, and a lifetime of guilt and insecurity weighing upon his soul, he sets out for the Prescotts' dinner party--a party at which he'd just as soon never arrive. Distantly inspired by the real-life friendship between the great historian William Hickling Prescott and his biographer, Ticknor is a witty, fantastical study of resentment; and a biting history of a one-sided friendship.

Sheila Heti is the author of The Middle Stories, which was published by McSweeney's and has been translated into German, French, Spanish, and Dutch. She lives in Toronto, Ontario.