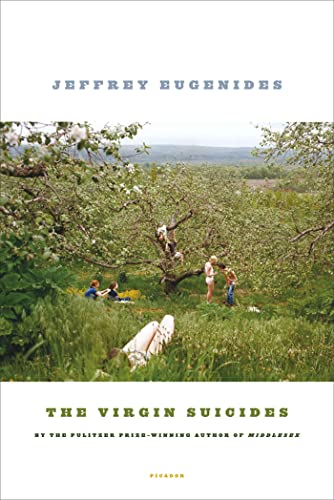 First published in 1993, The Virgin Suicides announced the arrival of a major new American novelist. In a quiet suburb of Detroit, the five Lisbon sisters--beautiful, eccentric, and obsessively watched by the neighborhood boys--commit suicide one by one over the course of a single year. As the boys observe them from afar, transfixed, they piece together the mystery of the family's fatal melancholy, in this hypnotic and unforgettable novel of adolescent love, disquiet, and death. Jeffrey Eugenides evokes the emotions of youth with haunting sensitivity and dark humor and creates a coming-of-age story unlike any of our time. Adapted into a critically acclaimed film by Sofia Coppola, The Virgin Suicides is a modern classic, a lyrical and timeless tale of sex and suicide that transforms and mythologizes suburban middle-American life.

JEFFREY EUGENIDES was born in Detroit and attended Brown and Stanford universities. The Virgin Suicides was published in 1993 and was adapted into a motion picture in 1999 by Sophia Coppola. His second novel, Middlesex, won the Pulitzer Prize in 2003. He joined the faculty of Princeton University in the fall of 2007.