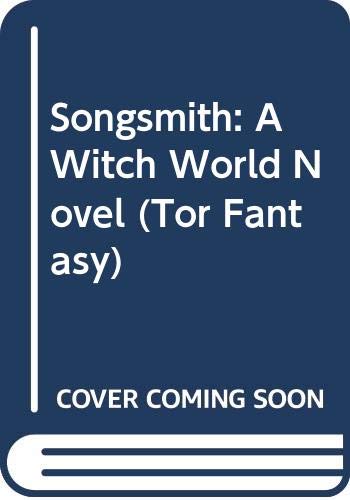 Blends elements of romance, magic, and fantasy in a tale set amid the mysterious forces and perils of the Witch World

For well over a half century, Andre Norton has been one of the most popular science fiction and fantasy authors in the world. Since her first SF novels were published in the 1940s, her adventure SF has enthralled readers young and old. With series such as Time Traders, Solar Queen, Forerunner, Beast Master, Crosstime, and Janus, as well as many stand-alone novels, her tales of action and adventure throughout the galaxy have drawn countless readers to science fiction.

Her fantasy, including the best-selling Witch World series, her "Magic" series, and many other unrelated novels, has been popular with readers for decades. Lauded as a Grand Master by the Science Fiction Writers of America, she is the recipient of a Life Achievement Award from the World Fantasy Convention. Not only have her books been enormously popular; she also has inspired several generations of SF and fantasy writers, especially many talented women writers who have followed in her footsteps. In the past two decades she has worked with other writers on a number of novels. Most notable among these are collaborations with Mercedes Lackey, the Halfblood Chronicles, as well as collaborations with A.C. Crispin (in the Witch World series) and Sherwood Smith (in the Time Traders and Solar Queen series). An Ohio native, Ms. Norton lived for a number of years in Winter Park, Florida, and now makes her home in Murfreesboro, Tennessee, where she continues to write, and presides over High Hallack, a writers' resource and retreat.

Years of salt spray borne by fierce winds had encrusted the walls guarding the steep lane leading up from the wharves, painting dirty white splotches on the age-blackened stones. The Way of the Empty-Netted Fisher was nearly deserted in the last wan illumination of sunset; only one of its many shadows possessed any substance.
That dark-cloaked, slight figure was already so unsteady from two months at sea that when a bitter cold, salt-tinged blast swept by, it staggered, nearly falling. The hapless wayfarer skidded on the slimy cobbles of the stinking, refuse-covered Way, only saved from a fall by the tall, gryphon-headed quarterstaff that served as a walking aid as well as a weapon. The traveler huddled into the half-shelter of an ancient archway to brace against another gust of wind, long-fingered hands clutching a worn hand-harp case and a much-mended backpack against the icy thrust of the coming storm.
Ahead a dim light beckoned, promising shelter from the wind and soon-to-fall sleet. As the harper neared that flickering beacon, it revealed itself to be a ship's lantern, barely sheltered enough that its flame still lived, hanging outside a hulking, dark-timbered building. Even above the whipping breeze, sounds of tipsy revelry inside were clear.
The traveler eyed the inn with its accompanying tavern warily, realizing that The Dancing Dolphin was no accommodation that anyone with a reasonably well-filled purse would seek out for a meal, much less lodging. Beneath the much-faded lettering on the swinging sign, an improbable greyish shape sported among wildly tossing waves. The harper grimaced, but there was no arguing with the light weight of the purse carefully tucked down inside a sea-stained leather jerkin.
Forcing the door open against a particularly strong wind-bluster, the songsmith stumbled into the taproom. Raucous laughter and shouted arguments made a deafening din. Eyeing the tavern-master, the dark-cloaked traveler picked a cautious way across a floor made nearly as treacherous as the alley outside by slopped wine and greasy, skittering bones.
The tavern-master, a thin, red-nosed man with a balding pate and hair-tufted ears, turned at the tug on his sleeve. "Your pardon, sir," the stranger murmured, indicating the hand-harp case. "Would there be any objection to a few songs by the fire your customers tonight?"
The tavern-master's eyes were on a level with the harper's as he eyed the stranger; then, abruptly, he nodded. "Not as long as you're willing to pay for your bed and board like anyone else, minstrel."
"Certainly." The stranger shook back the hood of the dark cloak, revealing a mass of curling black hair, cropped short, Small silver hoops winked from both earlobes. "I'll begin--"
"A wench! An' a likely-looking one at that, Mylt! By the Hounds' Teeth, where'd you find 'er?" A hand descended on the traveler's shoulder, jerking her half about to face a heavy-shouldered fisherman with a wind- and ale-reddened face.
His rough handling pulled her dark cloak open, revealing the silver ornament lying pendant on the breast of her laced overjerkin. As the man took in the meaning of that symbol, he stepped back, dropped his hand. "I didn't know--didn't see--" Clumsily, he touched thick fingers to his forehead in apology. "Yer pardon, songsmith...."
The bard graciously inclined her head, her fingers going to the sign of her calling...three interlinked circles, each with a flattened, pointed side--stylized finger and thumb picks, for use with a hand-harp. "I'll begin now," she said to the tavern-master, as though the interruption had not occurred.
Carrying her harp case over to the bench by the fire, the songsmith opened it, drawing forth a much-used instrument. It was of old-fashioned design, carved from aged cherry wood, its scrolls and frets enhanced by a silvery blue metal shimmering faintly in the firelight. Resting the harp across her lap, she drew three picks out of the inner pocket of her red tunic, slipping them onto her thumb and first two fingers.
She began tuning the instrument. Hearing the soft strains, the twelve fishermen, eight Sulcar sailors and two grizzled old Falconer marines present in the common room ceased talking and quietly, respectfully, gathered near the fire.
"Draw nigh, sirs!" Mylt the tavern-master loudly urged. "Pay heed to a wandering songsmith who has graciously agreed to provide us with entertainment this stormy eve. Give heed to the Lady--" He hesitated, realizing he'd neglected to ask the bard's name, and she whispered, with a wry smile, "Eydryth of Kar Garudwyn."
"...the Lady Eydryth of Kar Garudwyn!" Mylt finished with a flourish. A polite silence fell.
Eydryth began playing, a rollicking, toe-tapping tune, limbering her fingers while sizing up her audience. All male, and most of them sailors or fishermen. Sea-songs would go well, then, tales of lost loves, of sweet-voiced sirens and of noble deeds. Perhaps a bawdy one to finish, making them laugh, even as they tossed coins into her harp case....
"Give heed, kind sirs, to a tune taught me aboard the Sulcar ship Osprey," she said, hoping fervently that the cold dampness of this day's sailing had not thickened her voice. "It concerns a force of men gathered by one of your legendary heroes during the Kolder War, one Simon Tregarth. I give you 'The Riving of the Border.'"
Eydryth began singing, softly at first; then, as her voice warmed up, her contralto rang out, filling the smoke-thickened air with clear, true notes:

We pledged fair Estcarp's bounds to hold
We men who ride with Tregarth's band
That witches might, with knowledge old,
Avenge the wrongs done in our land.
Of Falconer blood and elder race
We ride, united by one will--
To keep the invaders from this place;
Send sword and falcon forth to kill!

As she finished the second verse and began the third, the young woman glanced quickly from face to face. Her audience was leaning forward, all conversation forgotten. Tension eased from her as she realized that the people here in the Port of Eslee were equally susceptible to the "spell" cast by flying fingers and trained voice as were the folk overseas in High Hallack or her home in spell-shrouded Arvon. She hoped they'd be as generous with their coin offerings; it had taken nearly everything she'd earned on her travels through the Dales to pay for the long voyage aboard the Osprey.
Both fourth and fifth verses went even better. By now the men were nodding in rhythm to her song. Eydryth finished the ballad with a last triumphant, clarion strum, and they thumped their tankards on the board appreciatively. "Another, minstrel! Another!" One of the Sulcar sailors, massive and fair as were all his race, shouted bull-voiced over the others, "A Sulcar tune, songsmith! Give us a song for the Sons of Sul!"
Fortunately, the Sulcar sailors aboard the Osprey had taught her a multitude of songs, since they sang constantly at their work, and their music was easy for trained ears and fingers to master. Eydryth closed her eyes as she strummed, searching for the proper key....There, she had it now.
"Very well, kind sirs. I give you 'The Fall of Sulcarkeep,' which tells the tale of the great hero Magnus Osberic and how he destroyed his own stronghold rather than let it fall into Kolder hands."
The tune this time was in a somber, minor key, as befitted a tragic tale. Eydryth began:

She continued, losing herself in the music. Her tawdry surroundings faded as the song bore her back into that ancient stronghold, transporting her to the fateful night. Eydryth's voice rose into an eerie wail as she described the desperate battle throughout the doomed fortress:

The big sailor's face was saddened and grim now, and Eydryth wondered whether he had lost a father or uncle during that terror-ridden night. It was almost as though she could see the mighty Osberic in his bear's-head helm, his stained sword dripping red onto the blood-slicked flags of the ancient stronghold. Her voice soared up into the final sad yet strangely triumphant verses:

When she let the last, ebbing chord die away, there was silence for a long moment; then, as though just waking from sleep, the men stirred. The Sulcarman cleared his throat. "Well done, minstrel. Never have I heard it sung better." A flash of bright silver spun through the air, landing in the harp case. As though the sailor's gesture were a floodgate opening, coins spattered to join the first.
Eydryth nodded graciously, acknowledging their offerings, then gave them "The Mosswife's Bargain." A lighter mood prevailed as she spun out the skipping, skirling notes of "The One-Spell Wizard." After a refreshing swallow of ale from a tankard ordered by the Sulcarman (even though she was thirsty, Eydryth dare...