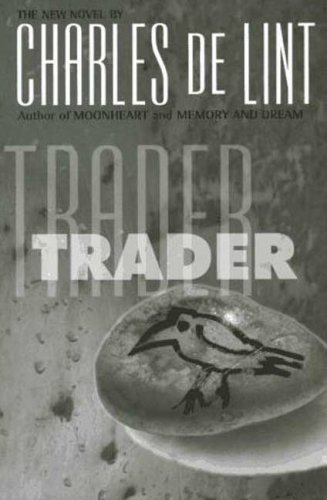 When the quiet and responsible Leonard Trader and the wild and reckless Johnny Devlin wake up in each other's bodies, Trader is left to try to patch together Devlin's shattered and hopeless life.

When a mischievous spirit grants loser Johnny Devlin's wish for someone else's life, luthier Max Trader wakes up in Johnny's body, surrounded by the emotionally vacant shambles Johnny has left behind, bankrupt and farther down in the world than he has ever imagined being. Jarred from his complacent, self-contained path, Max has only his inner resources for both emotional and financial support. He wants his life back, but, as he struggles for it, he realizes that he will no longer be satisfied with things as they were. Fans of de Lint's previous work will enjoy this gently didactic story set in the fictional town of Newford's thirtysomethingish community of arty waifs and folk musicians.

Charles de Lint's evocative novels, including Moonheart, Memory and Dream, Forests of the Heart, and The Onion Girl, have earned him a devoted following and critical acclaim. In 2000, his story collection Moonlight and Vines won the World Fantasy Award.