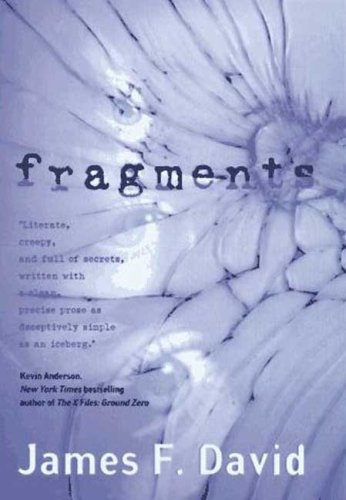 When a group of five idiot savants, each mentally and emotionally challenged but capable of one amazing talent, are brought together to create a sixth composite personality, the results are both chilling and dangerous.

Where are the new Stephen Kings and Dean Koontzes coming from? Former psychology professor James F. David puts himself near the top of the contenders' list with his second thriller--an absorbing story that soon leaves implausibility behind in the dust. Research psychologist Wes Martin fuses together the minds of five idiot savants, hoping to create from the shattered fragments of their individual psyches one superior being. But--wouldn't you know it?--a sixth fragment gets into the mix: the raging spirit of a woman raped and murdered in the very house where Martin's melding is going on. She, of course, wants revenge--and most readers will be red-eyed but satisfied with the way things work out. David's well-received first thriller, Footprints of Thunder, is available in paperback.

James F. David has a Ph.D. from Ohio State University and is currently a professor of Psychology as George Fox University in Newberg, Oregon. He is the author of the thrillers Footprints of Thunder, Ship of the Damned and Before the Cradle Falls. He lives with his wife and three daughters in Tigard, Oregon.