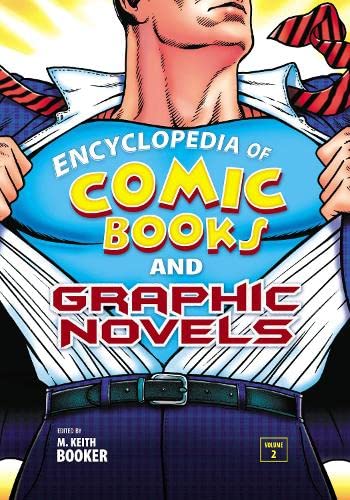 The most comprehensive reference ever compiled about the rich and enduring genre of comic books and graphic novels, from their emergence in the 1930s to their late-century breakout into the mainstream.

· Includes over 330 entries on comic books and their creators

Comic books have captivated readers since the Famous Funnies of 1930s and have remained popular ever since, even through the censorious 1950s when they were considered to be corrupting the nation's youth. But with the advent of the graphic novel in the late 1970s—such as Will Eisner's early classic, A Contract with God—this form of reading entertainment truly came of age as a revealing literature of our culture.

M. Keith Booker is the James E. and Ellen Wadley Roper Professor of English at the University of Arkansas, Fayetteville, AR, where he also serves as director of the program in comparative literature and cultural studies.

Book Description ABC-CLIO, United States, 2010. Hardback. Condition: New. Language: English. Brand new Book. The most comprehensive reference ever compiled about the rich and enduring genre of comic books and graphic novels, from their emergence in the 1930s to their late-century breakout into the mainstream.At a time when graphic novels have expanded beyond their fan cults to become mainstream bestsellers and sources for Hollywood entertainment, Encyclopedia of Comic Books and Graphic Novels serves as an exhaustive exploration of the genre's history, its landmark creators and creations, and its profound influence on American life and culture. Encyclopedia of Comic Books and Graphic Novels focuses on English-language comics-plus a small selection of influential Japanese and European works available in English-with special emphasis on the new graphic novel format that emerged in the 1970s. Entries cover influential comic artists and writers such as Will Eisner, Alan Moore, and Grant Morrison, major genres and themes, and specific characters, comic book imprints, and landmark titles, including the pulp noir 100 Bullets, the post-apocalyptic Y: The Last Man, the revisionist superhero drama, Identity Crisis, and more. Key franchises such as Superman and Batman are the center of a constellation of related entries that include graphic novels and other imprints featuring the same characters or material.Includes over 330 entries on comic books and their creatorsPresents the work of 80 contributors-accomplished academics and librarians who are also fans of comic books and graphic novelsOffers selected bibliographic listings with the entriesProvides a comprehensive index of artists, writers, works, characters, genres, and themes. Seller Inventory # AAJ9780313357466

Book Description 2010. Hardcover. Condition: New. Dispatched, from the UK, within 48 hours of ordering. This book is in Brand New condition. Seller Inventory # CHL3504726

Shipping: US$ 6.05
From United Kingdom to U.S.A.
Destination, rates & speeds

Shipping: US$ 34.35
From United Kingdom to U.S.A.
Destination, rates & speeds