Items related to Working for the Devil (Dante Valentine, Book 1) 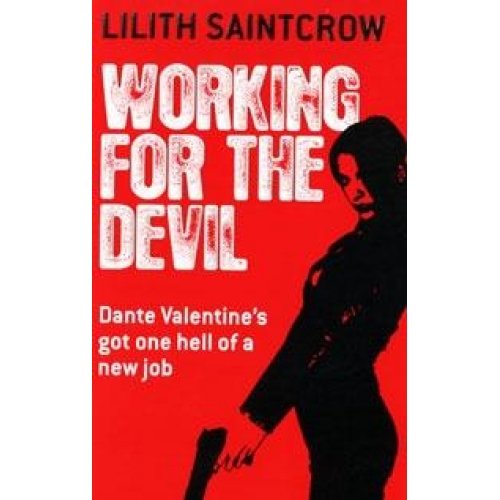 When the Devil needs a rogue demon killed, who does he call?

The Player: Necromance-for-hire Dante Valentine is choosy about her jobs. Hot tempered and with nerves of steel, she can raise the dead like nobody's business. But one rainy Monday morning, everything goes straight to hell.

The Score: The Devil hires Dante to eliminate a rogue demon: Vardimal Santino. In return, he will let her live. It's an offer she can't refuse.

The Catch: How do you kill something that can't die?

Dante Valentine (omnibus)
For more from Lilith Saintcrow, check out:

Lilith Saintcrow was born in New Mexico, bounced around the world as an Air Force brat, and fell in love with writing when she was ten years old. She currently lives in Vancouver, WA.

Tough-as-nails necromancer Dante Valentine has a problem: the devil wants her to catch a rogue demon and, for the duration of the task, she must be accompanied by a demon assassin named Japhrimel. If she refuses, she dies; if she accepts, she'll likely die in the process. Dante decides to take her chances with the latter, but her hunt doesn't get into full swing until the book's final third. Instead, she pauses to take a ride on a "slicboard" (a skateboard that glides on air), to wrestle cryptic information from an assortment of nonhuman and magical people and to argue with everyone from Japhrimel to her fellow necromancer friend, Gabe. Though Dante is as prickly as a wet cat and frustratingly adamant about maintaining her loner status, she's a brave, charismatic protagonist with a smart mouth and a suicidal streak. What's not to love? Fans of Laurel K. Hamilton should warm to Saintcrow's dark, evocative debut, though the story's weak relationship thread may disappoint aficionados of the paranormal romance veterans Christine Feehan and Sherrilyn Kenyon. (Mar.)
Copyright © Reed Business Information, a division of Reed Elsevier Inc. All rights reserved.

1. WORKING FOR THE DEVIL (DANTE VAL