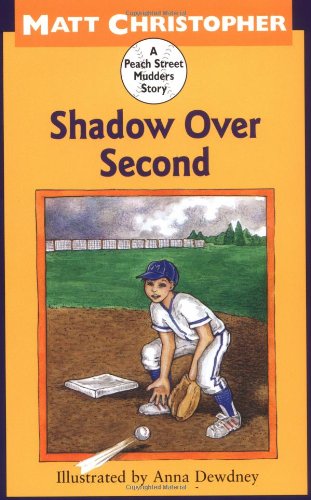 Fearful that a jinx will somehow keep him from breaking the runs-batted-in record, Nicky Chong keeps his distance from everyone, but when he is accidentally locked in the shed before the game, it seems that a jinx found him after all. Original.

Grade 2-4?Nicky Chong, second baseman for the Peach Street Mudders, is closing in on his league's R.B.I. record. Being superstitious, he feels jinxed when his father mentions the record and is further stressed when someone locks him and a teammate in his family's shed, causing him to be late for one of the season's final games. Arriving during the second inning, Nicky finds his hitting skills haven't been affected by his father's statement, thus diminishing his fervent belief in superstitions. Furthermore, he's able to deduct who locked him up. This title, the seventh in the series, is one of Christopher's weaker efforts. Though baseball is a team sport, which should be emphasized in sports books for young readers, the whole focus here is on Nicky's quest for an individual record. Uncharacteristically, there are a couple of errors in game description. Black-and-white drawings appear throughout this beginning chapter book. For purchase only by those libraries that can't pass up a title by the prolific Christopher.?Tom S. Hurlburt, La Crosse Public Library, WI
Copyright 1996 Reed Business Information, Inc.