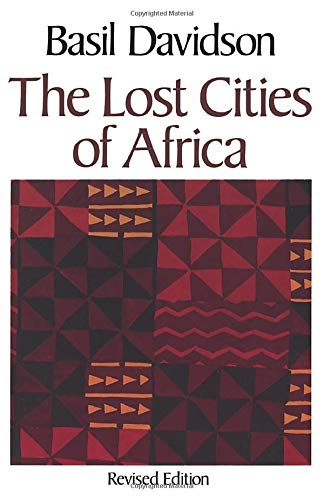 Basil Davidson is the author of more than ten books on African history and has devoted over thirty years to the intensive study of the African peoples. His books include "The African Past, The Atlantic Slave Trade, Lost Cities of Africa, African Kingdoms" and "The History of West Africa to 1800."

Basil Davidson is the most effective popularizer of African history and archaeology outside Africa and certainly the best trusted in Africa itself. - Roland Oliver in THE NEW YORK REVIEW OF BOOKS Davidson is the often-overlooked fourth man in the group that includes his contemporaries and fellow historians, Christopher Hill, Eric Hobsbawm and E.P. Thompson (a close friend of Davidson for many years). These men's committed, left-wing approach to writing history opened up the stuffy, chauvinist world of British professional historians and reached a popular audience far beyond academia. But whereas the others wrote about the British or European past, Davidson studied Africa and put his political energies into the struggle for Third World liberation. - Michael Bygrave in THE GUARDIAN

2. The Lost Cities of Africa (Paperback or Softback)

6. The Lost Cities of Africa