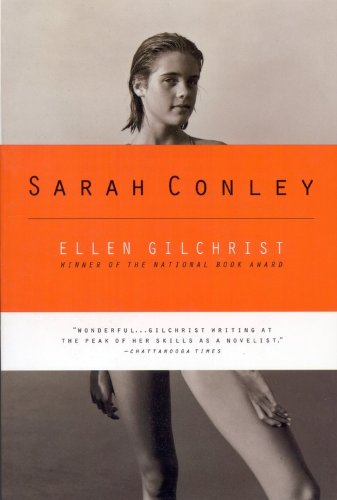 A New York City magazine editor and novelist returns home to the South when her closest childhood friend falls ill--and finds herself forced to choose between pursuing her career and rekindling her relationship with the man she has long considered the love of her life. NPR sponsorship.

While an undergraduate at Vanderbilt, Sarah fell in love with a young man, but wound up marrying his brother - a tangled drama of missteps and misunderstood intentions that led to bad feelings and burned bridges. Three decades later, divorced and living in New York City, Sarah has become a celebrated magazine editor and writer. Yet she has remained cut off from the South - until a call comes saying that her old college sweetheart, the love of her life, is about to become a widower. The man who broke her heart by marrying someone else is suddenly free again. The old magic is still there, but as Sarah leaves for Paris to work on a screenplay, she discovers that her miraculous second chance is fraught with complications.

The 13th work of fiction from Gilchrist (The Courts of Love, 1996, etc.), who here tries to give the standard midlife crisis story some fresh vigor by dropping a suddenly eligible old flame into the cast of characters. Sarah Conley is nothing if not driven. The only offspring of a poor Kentucky family, she managed to support her mother and herself after her father's death while she was still a child--and went on to turn an afterschool job as copygirl at a small-town newspaper into a journalistic career that eventually takes her all the way to Manhattan, where she ends up as an editor of Time. Glamorous, accomplished, and quite self-satisfied, Sarah juggles her career and social life without much effort, and has pretty much gotten over the absence of her son, whose custody she lost in the course of her recent divorce. Then, however, an unexpected summons from Eugenie, an ailing childhood friend, catches her off-guard, and she returns to Kentucky to discover that Eugenie is not merely sick but dying. Eugenie is married to Jack, whom Sarah always loved and who himself fell in love with Sarah after he'd become engaged to Eugenie. And now Sarah and Jack, after an absence of years, feel once more the same passion. Jack pursues Sarah this time around, following her all the way to Paris (where she goes after her final visit with Eugenie) to plead his case. Will love triumph in the end? Can passion be put on hold? And is it really possible to go home again, after all? The most familiar and best-loved potboiler quandaries take on new life under Gilchrist's direction, lending a good deal of shading (if not depth) to a fairly unoriginal plot. In the end, well-turned-out but unremarkable. Gilchrist keeps you in the palm of her hand when she tells a story, even if it's one that won't be remembered half an hour after it's over. -- Copyright ©1997, Kirkus Associates, LP. All rights reserved.