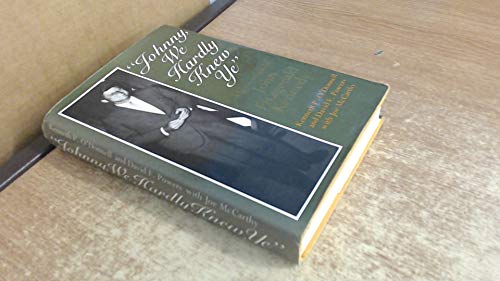 A memoir about JFK and the " Irish Mafia "

Kenneth P. O’Donnell(1924–1977)was born in Worcester, Massachusetts, in March 1924, and was the founding member of what the press dubbed the “Boston Irish Mafia,” which also included David F. Powers and Larry O’Brien. His father was the famed Holy Cross football coach Cleo O’Donnell. Kenneth O’Donnell became a bombardier pilot, a war hero, and a graduate of Harvard University, where he played football with Robert F. Kennedy. He was later inducted into Harvard’s football hall of fame, and many of his records remain unbroken to this day.
O’Donnell met John F. Kennedy in 1946, and through his relationship with Bobby Kennedy, became John Kennedy’s top political aide from that point forward. During the 1960 political campaign, he worked hand in glove with Jack and Robert Kennedy as they developed the “Kennedy machine” and drove it to victory.

Once in the White House, John Kennedy named O’Donnell special assistant and appointment secretary; nobody got to see Jack Kennedy without first going through O’Donnell. He was with Kennedy that fateful afternoon in Dallas, Texas, in 1963.

After Kennedy’s death, O’Donnell stayed on for one year in the same role with then-president Lyndon Johnson. He also became executive director of the Democratic National Committee and is credited with helping to create the modern DNC. He later left Washington to return to Boston, where he ran for governor in 1966, losing in a very tight race. Later, as a political consultant, he worked with senators Robert F. Kennedy and Hubert Humphrey. He remained close to Jacqueline Kennedy Onassis throughout his life, helping her to establish the John F. Kennedy Presidential Library and Museum. He also remained a close friend and advisor to Bobby Kennedy. O’Donnell collaborated with Dave Powers on the now-classic memoir Johnny, We Hardly Knew Ye. O’Donnell was later made famous in the film Thirteen Days, in which his relationship with Jack and Bobby Kennedy is accurately portrayed by Kevin Costner. O’Donnell died in September 1977 at the age of fifty-three.

David F. Powers (1912–1998) was born in Charlestown, Massachusetts, in April 1912. He is best remembered as a congenial, spirited, funny Boston Irishman who, along with Kenneth O’Donnell and the late Larry O’Brien, made up the original “Boston Irish Mafia.” He also happened to be one of President John F. Kennedy’s best friends. The two met in the winter of 1946, when Kennedy, then a young and largely unknown Congressional candidate, famously climbed the stairs of Powers’s triple-decker house in Charlestown and asked for his help. The two formed an immediate bond. Powers was likely at Jack Kennedy’s side from that night until the fateful afternoon in Dallas in November 1963. He had no particular duties with Kennedy, but Kennedy always knew that he had his back. In the White House, Powers was named special assistant to the president, and he served to provide a much-needed humorous lift during some of the president’s most difficult days. After Kennedy’s death, Powers remained close with Jacqueline Kennedy Onassis and their children. From 1964 forward, he worked hand in glove with Mrs. Onassis to establish the John F. Kennedy Presidential Library and Museum and rightly went on to become its first curator. He and Kenneth O’Donnell penned the book Johnny, We Hardly Knew Ye, which has become a classic. Powers died in 1998 at the age of eighty-five.

Shipping: US$ 60.68
From United Kingdom to U.S.A.
Destination, rates & speeds