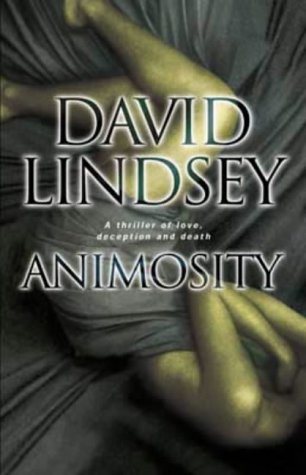 In Paris, American sculptor Ross Marteau is renowned for his sensual depictions of women's bodies. After his latest love affair ends violently, he retreats to his home in Texas to start a new commission. In his local restaurant he meets Celeste, a charismatically beautiful woman, and she suggests another commission to him - her sister Leda. Intrigued he agrees to meet Leda and discovers that as well as being the most beautiful woman he has ever seen she is also the most grotesque, her body distorted by her being a hunchback. Fascinated by the challenge sculpting her would entail, he agrees to take the commission. Soon he is obsessively in love with Celeste and obsessively intrigued by Leda, and he finds himself pulled deeper and deeper into their world until someone close to them is killed, and Ross finds himself so deeply ensnared in their web of dark secrets and twisted motivations that he is close to mortal suffocation.

The author of ten highly acclaimed thrillers, David Lindsey is also a passionate collector of books and has built his own private library next to his house in Texas.

Book Description Hardback. Condition: Very Good. The book has been read, but is in excellent condition. Pages are intact and not marred by notes or highlighting. The spine remains undamaged. Seller Inventory # GOR007375499

Shipping: US$ 9.12
From United Kingdom to U.S.A.
Destination, rates & speeds