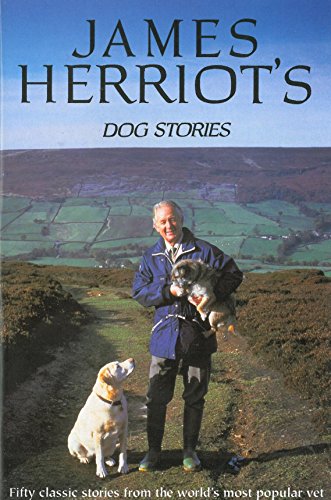 A new collection of James Herriot's favourite short stories about his four-legged friends. The tales feature dogs like Tricki Woo, the little Pekinese suffering from "flop-butt" and Gyp the sheepdog who only barked once in his life.

James Herriot lived with his wife and family in Yorkshire, England, where his son has now taken over his veterinary practice. Among Herriot’s international bestsellers are All Creatures Great and Small and The Lord God Made Them All. He died in February 1995.

Christopher Timothy starred as James Herriot in All Creatures Great and Small, the internationally renowned BBC television series based on Herriot’s work. Mr. Timothy is a thirty-year veteran of stage, screen, and television.

With all the escapades James Herriot captured in his stories of life as an English country vet, favorites are inevitable. Christopher Timothy, who played the British veterinarian on television, conveys his relish for the countryside and country folk, not to mention the animals. Timothy delivers the stories with cozy reminiscence and a soft burr. Collected from Herriot's various volumes, this title and Favorite Cat Stories are sold as two-cassette programs. Herriot's generous nature and honest concern coupled with Timothy's friendly style are a winning combination. The short length of these programs will also attract listeners. A great opportunity to introduce new listeners to audio. R.F.W. (c)AudioFile, Portland, Maine