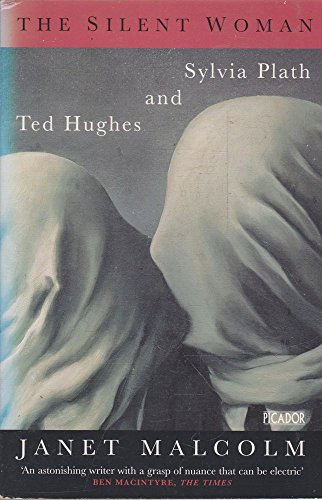 From the moment it was first published in The New Yorker, this brilliant work of literary criticism aroused great attention. Janet Malcolm brings her shrewd intelligence to bear on the legend of Sylvia Plath and the wildly productive industry of Plath biographies. Features a new Afterword by Malcolm.
From the Trade Paperback edition.

Sylvia Plath committed suicide in February 1963, and since then her poetry, fiction, and, increasingly, her life have maintained enormous power over readers' (particularly female readers') imaginations. Biographies continue to appear with regularity, despite the strong hold the Plath estate has on her work. But because of that hold, each biographer has been forced to accommodate the living (Ted Hughes, who was separated from Plath at the time of her death, and his larger-than-life sister, Olwyn, long the executrix), often at the expense of the dead. In 1989, Anne Stevenson's peculiar hybrid, Bitter Fame, was published, complete with an appendix full of devastating memoirs. It was not your average biography. When Janet Malcolm was first sent the book, she was less drawn to it by the Plath legend than by the fact that she had known Stevenson in the '50s, but she soon became captivated by the book's defeatist subtext. The dead woman's voice and writings seemed to overwhelm Stevenson's tentative narrative; and if that wasn't enough, there was also the none-too-angelic choir of those who had known Plath. "These too, said, 'Don't listen to Anne Stevenson. She didn't know Sylvia. I knew Sylvia. Let me tell you about her. Read my correspondence with her. Read my memoir.'"

Bitter Fame was soon garnering some powerfully bad notices, especially that of A. Alvarez in the New York Review of Books. Alvarez, the author of one of the most influential pieces on Plath, in his study of suicide, The Savage God, had some special, personal cards to deal, as have so many others Plath left behind. Because Malcolm's great theme is treachery--that of the interviewer, the journalist, the teller of just about any tale--the Plath mess seemed a perfect fit, and she decided to become a player, too. In 1991, Malcolm was having lunch with Olwyn Hughes in North London, 28 years to the day on which the poet died.

This is only one of the coincidences in The Silent Woman, a postmodern biography par excellence, which is less about the drama of Plath's life and still controversial death than about their continuing effect on the living. For Malcolm, all cards are wild, each one revealing more complexity, human cravenness, and, above all, brilliantly playful aperçus about human agency and writing's deceptions. I look forward to the dictionary of quotations that foregrounds the elegant "The pleasure of hearing ill of the dead is not a negligible one, but it pales before the pleasure of hearing ill of the living." And then there's, "Memory is notoriously unreliable; when it is intertwined with ill will, it may be monstrously unreliable. The 'good' biographer is supposed to be able to discriminate among the testimonies of witnesses and have his antennae out for tendentious distortions, misrememberings, and outright lies." It's clear that Malcolm doesn't see herself as a "good" biographer--she openly declares her allegiance, but is more than capable of changing it and of showing her cards. Or is she? In the end, The Silent Woman is a stunning inquiry into the possibility of ever really knowing anything save that "the game continues."

From the moment it was first published in The New Yorker, this brilliant work of literary criticism aroused great attention. Janet Malcolm brings her shrewd intelligence to bear on the legend of Sylvia Plath and the wildly productive industry of Plath biographies. Features a new Afterword by Malcolm.

Book Description Picador, 1994. Paperback. Condition: Very Good. The Silent Woman: Sylvia Plath and Ted Hughes This book is in very good condition and will be shipped within 24 hours of ordering. The cover may have some limited signs of wear but the pages are clean, intact and the spine remains undamaged. This book has clearly been well maintained and looked after thus far. Money back guarantee if you are not satisfied. See all our books here, order more than 1 book and get discounted shipping. . Seller Inventory # 7719-9780330335775

Shipping: US$ 9.70
From United Kingdom to U.S.A.
Destination, rates & speeds