Items related to The Man from St. Petersburg

The Man from St. Petersburg 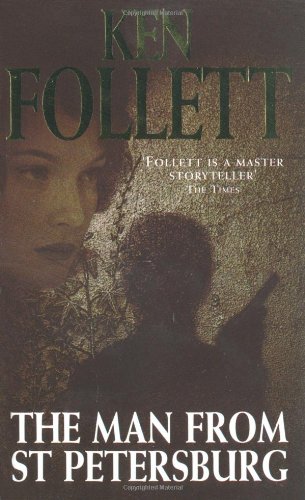 It is just before the outbreak of World War I and Britain must enlist the aid of Russia. Czar Nicholas' nephew is to visit London for secret naval talks with Lord Walden, who has lived in Russia and has a Russian wife, Lydia. But there are other people who are interested in the arrival of Price Alexei; the Waldens' only daughter, Charlotte - wilful, idealistic, and with an awakening social conscience; Basil Thomson, head of the Special Branch; and, above all, Feliks Kschessinsky, the ruthless Russian anarchist. No one could have foretold that Lydia should recognize Feliks, or that she might put her own daughter's life at risk for his sake.

"Ken Follett has done it once more . . . goes down with the ease and impact of a well-prepared martini." —The New York Times Book Review

"A grabber with a pace that never flags." —Cosmopolitan

"Builds with such intensity that your heart races with pounding anticipation and sticks in your throat as the climactic moments near." —Chattanooga Times-Free Press
From the Paperback edition.

Shipping: US$ 24.72
From United Kingdom to U.S.A.
Destination, rates & speeds

2. THE MAN FROM ST. PETERSBURG