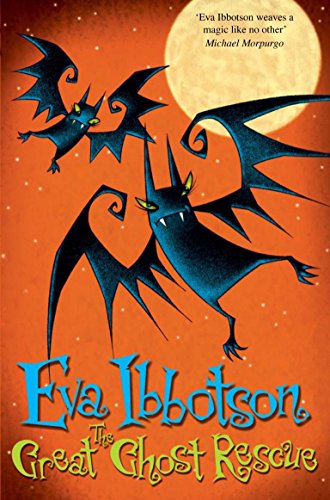 A seriously spooky and brilliantly comic story from the outstanding Eva Ibbotson, now with a fantasic new cover-look! Nobody knew what had gone wrong with Humphrey. Perhaps it was his ectoplasm . . .' Humphrey the Horrible sounds scary, but he's actually a very friendly skeleton, with twinkling eye sockets and jangling finger bones. Humphrey dreams of being ghastly, like his brother a screaming skull - or terrifying, like his bloodsucking vampire-bat cousins. But when Humphrey discovers an evil plot to exorcise his family he finally realizes you don't have to be spine-chillingly fearsome to be a hero. 'Eva Ibbotson weaves a magic like no other. Once enchanted, always enchanted' Michael Morpurgo

Eva Ibbotson was born in Vienna, but when the Nazis came to power her family fled to England and she was sent to boarding school. She became a writer while bringing up her four children, and her bestselling novels have been published around the world. Journey to the River Sea won the Nestlé Gold Award and was shortlisted for the Carnegie Medal, the Whitbread Children's Book of the Year and the Guardian Children's Fiction Prize. Some of her other young fiction titles include The Secret of Platform 13, Which Witch? and Dial a Ghost. Eva died peacefully in October 2010 at the age of eighty-five.

The ghosts of Craggyford Castle have been happy for five centuries. But their spirits are dampened when their haunts are reclaimed and gentrified, their bogs drained, filled, and turned into golf courses. Rick, a schoolboy concerned about all endangered species, finds a refuge for them. British actress Prunella Scales is perfectly suited to reading this cautionary tale. She changes voices deftly -- not easy when most of the characters are ghosts. P.B.J. (c)AudioFile, Portland, Maine