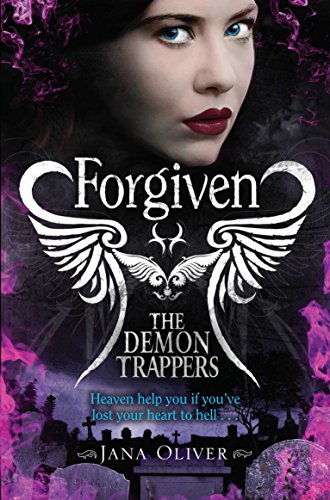 Jana Oliver's imagination has always had the upper hand despite her attempts to house-train it. When she's not on the road tromping around old cemeteries, she can be found in Atlanta, Georgia, with her husband and far too many books.

Praise for the Demon Trappers: "Devilishly clever and totally unique." - PC Cast, "New York Times" bestselling author of the House of Night series, on "The Demon Trapper's Daughter""Riley Blackthorne is all heart and no nonsense! She will no doubt join the ranks of the toughest, smartest urban fantasy heroines of all ages." - Jeri Smith-Ready, award-winning author of "Shade" and "Shift, ""on The Demon Trapper's Daughter""The eternal war between good and evil finds a new battlefront in this successful urban fantasy, as Oliver spins the action-packed story of a young woman following in her father's footsteps... With a strong female heroine, a fascinating setting, and a complex, thrill-soaked story, this series is off to a strong start." - "Publishers Weekly" on "The Demon Trapper's Daughter""Oliver's series start will suck you in from the first page, keeping you awake at night wondering what will happen next...thrilling, filled with action and a side of romance." - "RT Reviews" (4 stars) "on The Demon Trapper's Daughter""Oliver offers plenty to appreciate in this inventive twist on the story of a girl breaking into a man's career field, including a nifty demon-classification system; a freaky zombie-creation business; a romantic undercurrent between Riley and her father's ex-partner, Beck... and a subplot with an earnest young suitor. Readers will delight in the novelty and eagerly await the next book in this proposed series." - "Booklist" on "The Demon Trapper's Daughter" "This was a really entertaining Young Adult Urban Fantasy novel with interesting characters and the kind of writing that has you wanting to read the entire book through in one setting. A great beginning to a series, and as the series continues, I'm sure the books will just get better. I recommend this to the Young Adult and Adult crowd as well." - "Affaire de Coeur" (4 stars) on "The Demon Trapper's Daughter""The rock 'em-sock 'em, cliffhanger ending.... A strong female prot