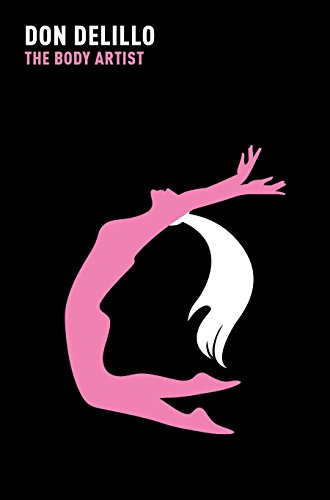 'A novel that is both slight and profound, a distilled meditation on perception and loss, and a poised, individual ghost story for the twenty-first century' Observer The Body Artist begins with normality: breakfast between a married couple, Lauren and Rey, in their ramshackle rented house on the New England coast. Recording their delicate, intimate, half-complete thoughts and words, DeLillo proves himself a stunningly unsentimental observer of our idiosyncratic relationships. But after breakfast, Rey makes a decision that leaves Lauren utterly alone, or seems to. As Lauren, the body artist of the title, becomes strangely detached from herself and the temporal world, the novel becomes an exploration of a highly abnormal grieving process; a fascinating expose of 'who we are when we are not rehearsing who we are'; and a rarefied study of trauma and creativity, absence and presence, isolation and communion. 'A masterly portrait of the impact of death on those who live' Evening Standard

Don DeLillo's reputation rests on a series of large-canvas novels, in which he's proven to be the foremost diagnostician of our national psyche. In The Body Artist, however, he sacrifices breadth for depth, narrowing his focus to a single life, a single death. The protagonist is Lauren Hartke, who we see sharing breakfast with her husband, Rey, in the opening pages. This 18-page sequence is a tour de force (albeit a less showy one than the author's initial salvo in Underworld)--an intricate, funny notation of Lauren's consciousness as she pours cereal, peers out the window, and makes idle chat. Rey, alas, will proceed directly from the breakfast table to the home of his former wife, where he'll unceremoniously blow his brains out.

What follows is one of the strangest ghost stories since The Turn of the Screw. And like James's tale, it seems to partake of at least seven kinds of ambiguity, leaving the reader to sort out its riddles. Returning to their summer rental after Rey's funeral, Lauren discovers a strange stowaway living in a spare room: an inarticulate young man, perhaps retarded, who may have been there for weeks. His very presence is hard for her to pin down: "There was something elusive in his aspect, moment to moment, a thinning of physical address." Yet soon this mysterious figure begins to speak in Rey's voice, and her own, playing back entire conversations from the days preceding the suicide. Has Lauren's husband been reincarnated? Or is the man simply an eavesdropping idiot savant, reproducing sentences he'd heard earlier from his concealment?

DeLillo refuses any definitive answer. Instead he lets Lauren steep in her grief and growing puzzlement, and speculates in his own voice about this apparent intersection of past and present, life and death. At times his rhetoric gets away from him, an odd thing for such a superbly controlled writer. "How could such a surplus of vulnerability find itself alone in the world?" he asks, sounding as though he's discussing a sick puppy. And Lauren's performances--for she is the body artist of the title--sound pretty awful, the kind of thing Artaud might have cooked up for an aerobics class. Still, when DeLillo reins in the abstractions and bears down, the results are heartbreaking:

Why shouldn't the death of a person you love bring you into lurid ruin? You don't know how to love the ones you love until they disappear abruptly. Then you understand how thinly distanced from their suffering, how sparing of self you often were, only rarely unguarded of heart, working your networks of give-and-take.

At this stage of his career, a thin book is an adventure for DeLillo. So is his willingness to risk sentimentality, to immerse us in personal rather than national traumas. For all its flaws, then, The Body Artist is a real, raw accomplishment, and a reminder that bigger, even for so capacious an imagination as DeLillo's, isn't always better. --James Marcus About the Author:

Don DeLillo is the acclaimed author of bestselling novels and plays. His work includes White Noise, Libra and Underworld. He has won the National Book Award, the Jerusalem Prize and the Irish Times International Fiction Prize.

Shipping: US$ 6.22
From United Kingdom to U.S.A.
Destination, rates & speeds