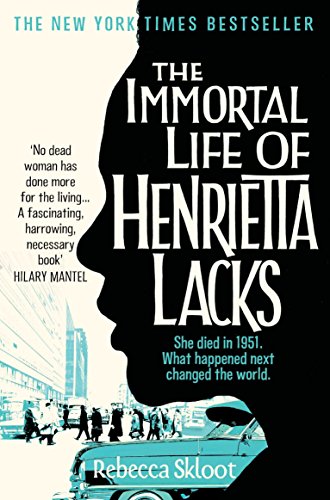 Rebeca Skloot is an award-winning science writer whose articles have appeared in the New York Times Magazine and O, the Oprah Magazine, among others. She has worked as a correspondent for NPR's RadioLab and PBS's Nova ScienceNOW, and blogs about science, life, and writing at Culture Dish, hosted by Seed magazine. She also teaches creative nonfiction at the University of Memphis.

Book Description Pan MacMillan, United Kingdom, 2016. Paperback. Condition: New. Unabridged edition. Language: English. Brand new Book. Her name was Henrietta Lacks, but scientists know her as HeLa. Born a poor black tobacco farmer, her cancer cells - taken without her knowledge - became a multimillion-dollar industry and one of the most important tools in medicine. Yet Henrietta's family did not learn of her 'immortality' until more than twenty years after her death, with devastating consequences . . . Rebecca Skloot's fascinating account is the story of the life, and afterlife, of one woman who changed the medical world forever. Balancing the beauty and drama of scientific discovery with dark questions about who owns the stuff our bodies are made of, The Immortal Life of Henrietta Lacks is an extraordinary journey in search of the soul and story of a real woman, whose cells live on today in all four corners of the world. Seller Inventory # AWC9780330533447

3. The Immortal Life of Henrietta Lacks

5. The Immortal Life of Henrietta Lacks

Shipping: US$ 15.99
From United Kingdom to U.S.A.
Destination, rates & speeds

6. The Immortal Life of Henrietta Lacks

Shipping: US$ 29.28
From United Kingdom to U.S.A.
Destination, rates & speeds

7. The Immortal Life of Henrietta Lacks

Shipping: US$ 19.67
From United Kingdom to U.S.A.
Destination, rates & speeds