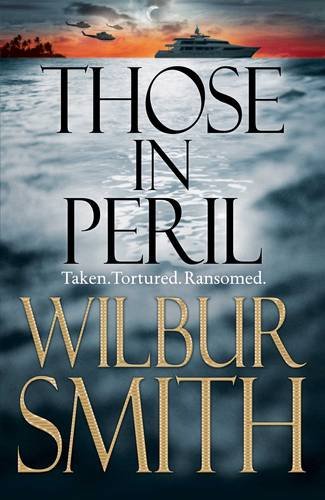 Those In Peril is a book that begins with the author introducing his readers to Hazel Bannock, who is the protagonist of the story. Hazel owns an oil company by the name of Bannock Oil Corp and now this company is finding itself constantly threatened. Along with this, Hazel’s daughter Cayla, also finds her life threatened by the Somalian Pirates and is kidnapped by them as well. The readers are then introduced to Major Hector Cross, who is an ex-SAS operative, who also owns Cross Bow Security. Cross seems perfectly suited for the dangerous and complicated task that lies ahead of him. Hazel Bannock contacts Cross in order to seek his help in the protection of her company and her family. Cayla is held captive by the Somalian Pirates who demand twenty billion dollars as ransom for her life. The author then goes on to describe the numerous spine-chilling horrors that Cayla must endure while being held captive by the pirates. Even as Major Hector Cross makes every attempt to rescue her, h

In this nail-biting tale of adventure, bestselling author Wilbur Smith brings his matchless storytelling to bear on the violent, ruthless world of twenty-first-century piracy.

A FAMILY UNDER ATTACK

While cruising on the family yacht in the Indian Ocean, nineteen-year-old Cayla Bannock is attacked and taken hostage by Somalian pirates. Her kidnappers demand a staggering ransom: twenty billion dollars. And Cayla's not just anyone―she's the daughter of Hazel Bannock, heiress to the Bannock Oil Corporation, one of the world's foremost oil producers.

A CRISIS ON THE HIGH SEAS

The sensitive global political climate means not even the most powerful groups in the world can intervene. Left to handle the problem on her own, Hazel calls on Hector Cross, head of the security agency that protects Bannock Oil. As threats increase and evidence arises of horrific torture, the need to take action becomes more urgent than ever―and soon Hazel and Hector will have no choice but to take the law into their own hands...

"One of the world's most popular adventure writers." ―The Washington Post Book World

Wilbur Smith is the bestselling author of many novels, each meticulously researched on his numerous expeditions worldwide. His bestselling Courtney series includes Assegai, The Sound of Thunder, Birds of Prey, Monsoon, and Blue Horizon. His other books include River God, Warlock, The Seventh Scroll, and The Sunbird. His books are now translated into twenty-six languages and have sold over 120 million copies. Smith was born to a British family in Northern Rhodesia, now Zambia, in Central Africa, and attended Rhodes University in South Africa. He has homes in Cape Town, London, Switzerland and Malta.

Shipping: US$ 9.20
From United Kingdom to U.S.A.
Destination, rates & speeds