Items related to The Count of Monte Cristo (Stories to Remember)

Dumas, Alexandre The Count of Monte Cristo (Stories to Remember)

The Count of Monte Cristo (Stories to Remember) 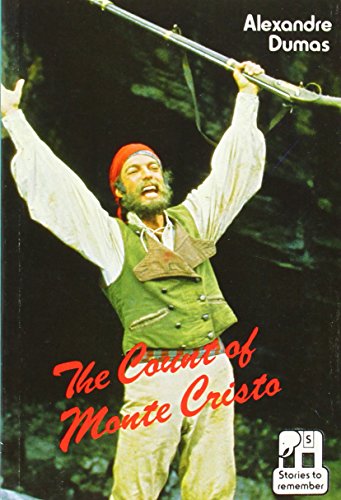 Set in the time just before Napoleon’s return to power, this adventurous tale follows the trials and tribulations of Edmond Dantès. After being unjustly imprisoned on the day of his wedding, Edmond devises a plan that leads to his escape, a hoard of treasure, and a new identity: the Count of Monte Cristo. A tale of courage, vengeance, romance and betrayal!

Set against the turbulent years of the Napoleonic era, Alexandre Dumas's thrilling adventure story is one of the most widely read romantic novels of all time. In it the dashing young hero, Edmond Dantes, is betrayed by his enemies and thrown into a secret dungeon in the Chateau d'If -- doomed to spend his life in a dank prison cell. The story of his long, intolerable years in captivity, his miraculous escape, and his carefully wrought revenge creates a dramatic tale of mystery and intrigue and paints a vision of France -- a dazzling, dueling, exuberant France -- that has become immortal.

1. The Count of Monte Cristo

2. The Count of Monte Cristo

Shipping: US$ 11.21
From United Kingdom to U.S.A.
Destination, rates & speeds