Items related to The Industrialisation Of Soviet Russia: Volume 2: The...

The Industrialisation Of Soviet Russia: Volume 2: The Soviet Collective Farm, 1929-1930 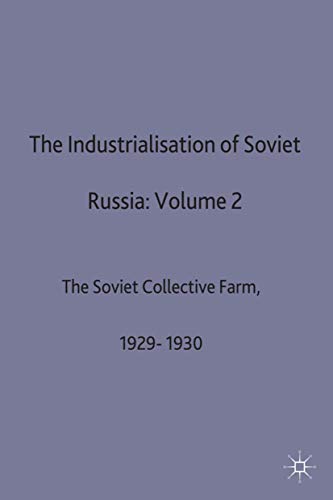 R. W. DAVIES is Professor of Soviet Economic Studies in the Centre for Russian and East European Studies of the University of Birmingham. He received his Ph.D. from the University of Birmingham and subsequently held a research post at the University of Glasgow. In the course of his research on Soviet industrialisation he has paid five visits to the Soviet Union to study in Moscow and Leningrad libraries. His previous publications include The Development of the Soviet Budgetary System, Science Policy in the USSR (co-author), The Soviet Union (editor), and he collaborated with E. H. Carr on volumes nine and ten of the fourteen-volume A History of Soviet Russia.