Items related to The White Witch of Rosehall

The White Witch of Rosehall 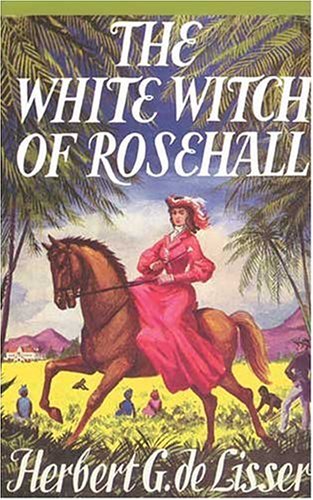 A very striking and curious story, founded on fact, of the West Indies of the earlty nineteenth century. Robert Rutherford is sent to the Islands to learn the planter`s business from the bottom. He becomes an overseer at Rosehall, the property of a young widow, Mrs Palmer, whose three husbands have all died in curious circumstances. She takes a violent fancy to Rutherford, who is also embarrassed by the attentions of his half-caste housekeeper, Millicent. His housekeeper is urging him, with some sucess, to fall in with West Indian habits, when Mrs Palmer arrives. Millicent defies her and threatens her with the powers of Takoo, an Obeah man. Mrs Palmer, herself skilled in Obeah magic, puts a spell on the girl, which Takoo`s rites, shattered by the white woman`s stronger magic, are powerless to remove.

For some forty years Herbert de Lisser was editor of the Gleaner, the leading daily paper of the West Indies, and of the annual Planter's Punch. His influence on Jamaican thought and life were immeasurable. He was awarded the C.M.G. for his literary work.

"de Lisser utilizes the conventions of a romantic entanglement to investigate and debate the wider socio-political issues within the novel that relate to colonialism, Jamaican identity and culture... The White Witch of Rosehall is a delightful read, written by an author who sought not only to entertain, but also to educate." Donna-Marie Tuck, Society for Caribbean Studies Newsletter"

1. The White Witch of Rosehall

2. The White Witch of Rosehall