Verne, Jules Journey to the Centre of the Earth (Stories to Remember)

Journey to the Centre of the Earth (Stories to Remember) 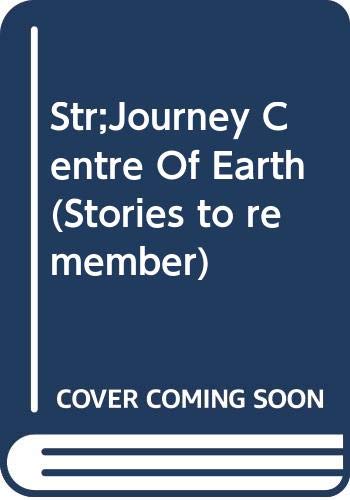 A Journey to the Center of the Earth is a classic 1864 science fiction novel by Jules Verne. The story involves a German professor (Otto Lidenbrock in the original French, Professor Von Hardwigg in the most common English translation) who believes there are volcanic tubes going toward the center of the Earth. He, his nephew Axel (Harry), and their guide Hans encounter many adventures, including prehistoric animals and natural hazards, eventually coming to the surface again in southern Italy.

In this fully dramatized adaptation of Jules Verne's classic, Journey to the Center of the Earth, Leonard Nimoy, John de Lancie, and cast members from Star Trek® feature films and all four TV series take you on an incredible journey.

Journey to the Center of the Earth is the story of Professor Lindenbrock, his nephew Axel and their quest for the secrets contained at the earth's core. Led by Hans, their Icelandic guide, Lindenbrock and Axel descend deeper into the planet than anyone has ever gone before...but will they make it back to the surface alive?

Featuring virtuoso performaces from the entire cast, riveting sound effects and original music, Alien Voices' production of Journey to the Center of the Earth is an adventure in sound.

An adventurous geology professor chances upon a manuscript in which a sixteenth-century explorer claims to have found a route to the earth's core. Professor Lidenbrock can't resist the opportunity to investigate, and with his nephew Axel, he sets off across Iceland in the company of Hans Bjelke, a native guide. The expedition descends into an extinct volcano toward a sunless sea, where they encounter a subterranean world of luminous rocks, antediluvian forests, and fantastic marine life—a living past that holds the secrets to the origins of human existence.
Originally published in 1864, Jules Verne's classic remains critically acclaimed for its style and imaginative visions. Verne wrote many fantasy stories that later proved remarkably prescient, and his distinctive combination of realism and romanticism exercised a lasting influence on writers as diverse as Mark Twain, Arthur Conan Doyle, and Jean-Paul Sartre.

1. Journey to the Centre of the Earth