Items related to The Last Days of Hitler 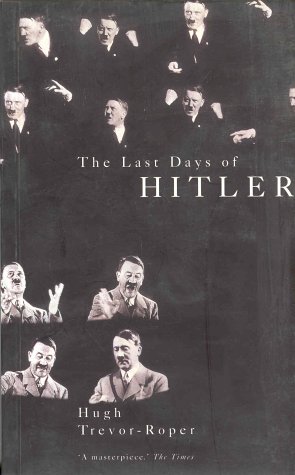 The classic and seminal description and interpretation of the last days of Adolf Hitler; what really happened in the Bunker?

In September 1945, the fate of Adolf Hitler was a complete mystery. Missing for four months, he had simply disappeared. Hugh Trevor–Roper, a British intelligence officer, was given the task of solving the mystery. His brilliant piece of detective work proved finally that Hitler had killed himself in Berlin. It also produced one of the most fascinating history books ever written. Originally published in 1947 and now revised, The Last Days of Hitler tells the extraordinary story of those final days of the Thousand Year Reich—a dramatic, carefully planned finale to a terrible chapter of history.

Hugh Trevor-Roper (1914-2003) was Regius Professor of Modern History at the University of Oxford and one of the most famous historians of his generation. His many books include The Invention of Scotland, Hermit of Peking, The Last Days of Hitler, and The Rise of Christian Europe. He became a life peer as Lord Dacre of Glanton in 1979.