Items related to The Unredeemed Captive: A Family Story from Early America

The Unredeemed Captive: A Family Story from Early America 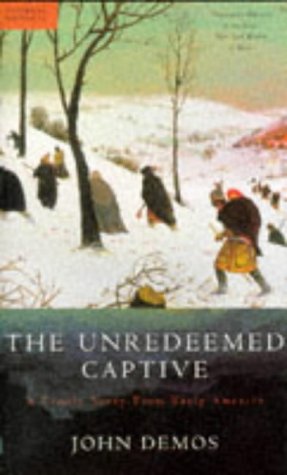 Describes the 1704 French and Indian attack on Deerfield, Massachusetts, and the capture of Puritan minister John Williams and his five children, one of whom remained with her captors despite numerous attempts to free her.

"A masterpiece...recovering for us the poignant story of lives and families shattered and then painfully knitted together again in the complex cultural encounters between English, French, and Mohawk peoples in eighteenth-century America. There is nothing quite like it in our literature. It is a stunning achievement that should change forever the way we write and tell stories about the American past."--William Cronon

Nominated for the National Book Award, this book is set in colonial Massachusetts where, in 1704, a French and Indian war party descended on the village of Deerfield, abducting a Puritan minister and his children. Although John Williams was eventually released, his daughter horrified the family by staying with her captors and marrying a Mohawk husband.

1. The Unredeemed Captive: A Family Story from Early America

2. The Unredeemed Captive: A Family Story from Early America