Items related to The Last Legion 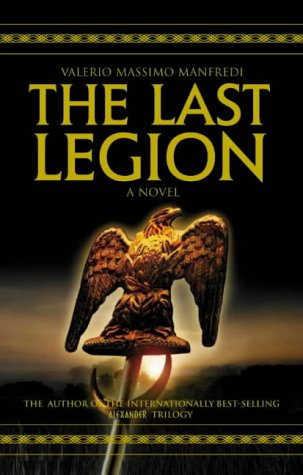 A brilliant new historical epic from the best-selling author of The Alexander Trilogy. As the Western Roman Empire begins to collapses in 470AD, a small band of British Roman soldiers, make a long and arduous journey to Rome. They arrive to find the city on the edge of chaos, over-run with rebellion, not far from destruction. Despite the tumultuous events around them, they resolve to continue their mission; to keep the spirit of Empire alive by rescuing the young son of the last Emperor, Romulus Augustus. A daring rescue ensures and, hearing rumours of an entire Legion of the Roman Army that has remained loyal to Rome, they begin a trek across Northern Europe to find them. By finding the Legion, and establishing the boy as the legitimate Emperor, the Romans believe an uprising can be launched and the Empire revived. But the journey is futile, the Legion is nowhere to be found and they find themselves quickly losing heart. Deciding to turn back to Britain, they cross the channel in defeat, little knowing the mysterious revelations and magical destinies that await them on their return.

Valerio Massimo Manfredi is an Italian historian and archaeologist and was voted Man of the Year 1999 by the American Biographical Institute. Manfredi's books have been translated into several languages. He is the author of the enormously successful ALEXANDER trilogy.

Ancient Rome, Roman history, gladiators. This novel has them all. So it comes as no surprise to learn that Dino De Laurentiis, producer of Gladiator, wants to make the film of this historical epic by the author of the bestselling Alexander Trilogy. Set in the twilight years of the Roman Empire, a band of British Roman soldiers try to save the decadent crumbling Empire by rescuing Romulus Augustus, the young son of the last Emperor, and installing him as the figurehead of a rejuvenated Empire. But it all comes to nothing and they return to Britain where further adventures await them. Stirring, atmospheric and factually accurate historical fiction (the author is an archaeologist and historian) that certainly makes the most of the current interest in Roman adventures, Hollywood style.