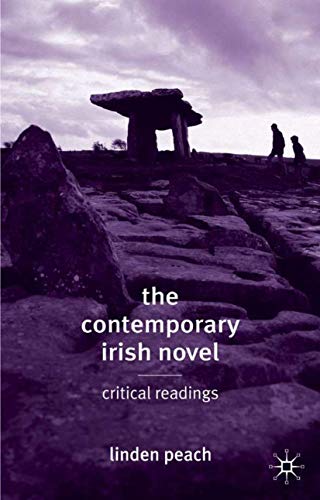 The Contemporary Irish Novel addresses themes such as ghosts and haunting, mimicry, obedience and subversion, the relocation and reinscription of identity, the mother figure, parent-child relations, madness, masculinity, self-harm, sexuality, domestic violence, fetishism and postmodernity. Drawing on a range of critical approaches including postcolonial, gender and psychoanalytic theory, Peach explores and celebrates the diversity of Irish fiction and suggests that the boundary between literature and theory is as permeable as that between Ireland and Northern Ireland.

LINDEN PEACH is Professor and Head of the School of Humanities at the University of Gloucestershire. He has published extensively on twentieth-century writing, and his recent books include studies on Toni Morrison, Angela Carter and Virginia Woolf (also published by Palgrave Macmillan).

'...a lucid and sometimes provocative explication of the way things work in a selection of Irish writing...[Peach] uses a light touch that provides clear and cogent critical readings that students will find most helpful...an excellent resource for students and scholars in the growing sector of scholarship on Irish writing.' - Times Higher Educational Supplement

Book Description Palgrave Macmillan, 2004. Condition: Good. Former Library book. Shows some signs of wear, and may have some markings on the inside. Seller Inventory # GRP106264618