Items related to Radical Blake: Afterlife and Influence from 1827

Radical Blake: Afterlife and Influence from 1827 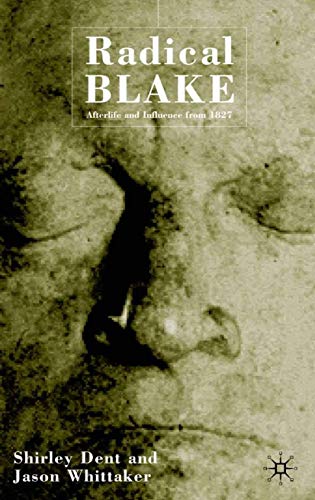 Blake has maintained an enduring popularity amongst a large and diverse audience as a poet, artist and engraver. There are probably more artists, writers, filmmakers and composers working under the influence of Blake than any other figure from the Romantic era. Radical Blake traces his influence and afterlife across a range of major themes such as Metropolitan Blake, Blake and Nationalism, and Blake and Women.

SHIRLEY DENT is Assistant Editor of the New Humanist magazine. She has also written for a variety of magazines and journals, including Spiked Online.

JASON WHITTAKER is Lecturer in English and Media at Falmouth College of Arts, Cornwall. His previous books include William Blake and the Myths of Britain.

Shipping: US$ 21.68
From United Kingdom to U.S.A.
Destination, rates & speeds