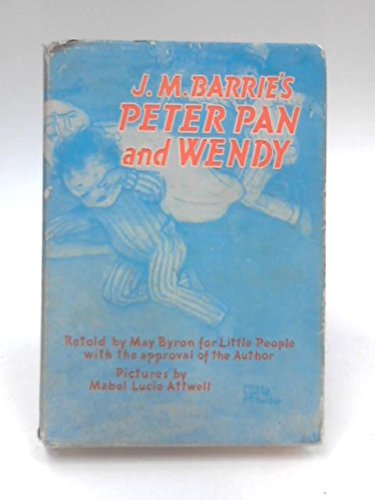 Ella Hickson's version of J.M. Barrie's much-loved story puts the character of Wendy firmly centre stage, in an adaptation that is refreshingly modern but never loses the charm of the original.

Winter, 1909. Snow is falling across London. Wendy Darling and her brothers sleep peacefully in their bedroom, as their parents bicker downstairs. In a sudden flurry of snow their window blows open, and into their lives tumbles a mischievous boy called Peter, followed by a fractious fairy called Tink. With the aid of a little fairy dust, Wendy agrees to fly with Peter to Neverland, seeing not only the promise of an awfully big adventure, but also the chance to rediscover the key to her parents' lost happiness. Once there, she will give the Lost Boys a run for their money, defeat Captain Hook and his pirate crew, and ultimately, learn what it means to grow up.

"[A] sensitive, funny and intelligent reworking... I laughed, I gasped, I cried - it is wonderful to be transported so completely by a piece of theatre." - WhatsOnStage

SIR JAMES MATTHEW BARRIE (1860–1937) was a Scottish author and dramatist best remembered today as the creator of Peter Pan. His other plays for the stage include The Admirable Crichton, What Every Woman Knows and Mary Rose.

Shipping: US$ 20.44
From United Kingdom to U.S.A.
Destination, rates & speeds

Book Description Hodder & Stoughton Ltd, 1967. Hardcover. Condition: Good. No Dustjacket. All orders are dispatched the following working day from our UK warehouse. Established in 2004, we have over 500,000 books in stock. No quibble refund if not completely satisfied. Seller Inventory # mon0004529194

Shipping: US$ 8.44
From United Kingdom to U.S.A.
Destination, rates & speeds

Book Description HODDER STOUGHTON LTD, 1967. Hardback. Condition: Very Good. The book has been read, but is in excellent condition. Pages are intact and not marred by notes or highlighting. The spine remains undamaged. Seller Inventory # GOR002188581