Items related to The Longest Journey 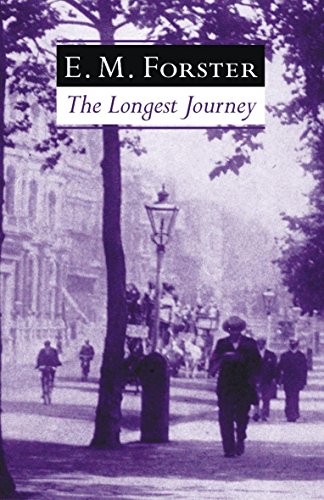 "The Longest Journey" is a hardcover import and was released in 1992. It's by E.M. Forster and it's from Hodder & Stoughton Ltd.

Edward Morgan Forster was born in London in 1879, attended Tonbridge School and went on to King`s College, Cambridge in 1897, where he retained a lifelong connection and was elected to an Honorary Fellowship in 1946.Forster wrote six novels. Where Angels Fear to Tread `1905` The Longest Journey `1907`, A Room with a View `1908` and Howards End `1910` were all published before the First World War. Fourteen years passed before the publication of Forster`s most famous work, A Passage to India, in 1924. Maurice, his novel on a homosexual theme, which he competed in 1914, was published posthumously in 1971. His other works include essays, biographies, short stories, plays and a critical work, Aspects of the Novel, as the libretto for Britten`s opera Billy Budd. E.M. Forster died in June 1970.