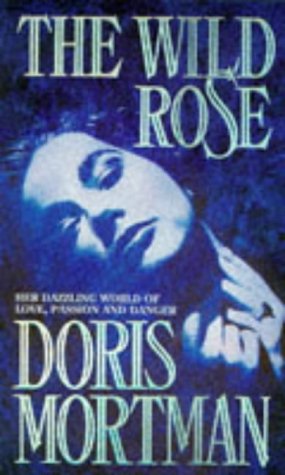 From the old world elegance of Budapest to the  opulence of Manhattan and the glittering capitals of  Washington, London, and Paris, comes a magnificent  story of love and danger, passion and  heart-stopping intrigue... Katalin and Steven: even as  children in Hungary, they has shared a special bond.  Then tragedy struck, cruelly tearing them apart. they  would grow up separated by an ocean and an iron  curtain... together only in their hearts. Now, after  years of work and hardship, Steven has forged a  new life in a new land, rising from the coal mines  of Kentucky to the corridors of power to become the  man who has everything--except the one thing he  longs for the most... Now, Katalin has won fame as  an internationally acclaimed pianist with an  adoring public, a brilliant future, and a handsome,  powerful husband. Yet night after night, she gives her  most stung performance offstage-when she escapes  her barren marriage to lead a dangerous double  life... and now, Katalin and Steven have found each  other once again--only to discover that walls of  deceit still keep them apart. and for Katalin--called  The Wild Rose for breathtaking  beauty, her defiant spirit, and her unquenchable  thirst for freedom--the moment has come when she must  risk everything for the man who meant more to her  than life itself.

From the author of Rightfully Yours (1989) and First Born (1987), another commercial stew--or rather a goulash, since the subject is chiefly 20th-century Hungary--with a dash of concert- hall music and Washington skulduggery thrown in for seasoning. Mortman's wild rose is the daughter of a famous Hungarian violinist, Zoltan Gaspar, whose nonpareil hands were wrecked by a zealous officer at a Stalinist concentration camp. But Katalin, a child prodigy at the piano, carries on the family name by winning the Salzburg competition and earning a scholarship to Juilliard. In New York she reconnoiters with handsome young Steven Kardos, a hero in the Children's Army during the l953 uprising, then American immigrant and Vietnam Green Beret. But their hot young love gets nipped in the bud when Katalin's called back to Budapest to attend to her ailing mother and can't get permission to leave Hungary after Maria Gaspar dies. So she plays behind the Iron Curtain, dallies with dissidents and gypsies, and marries the Communist hard-liner Major Laszlo Bohm. Meanwhile, Steven goes to law school, weds the dauntlessly wicked Cynthia Rhinehart, and heads to Washington as a congressman. Of course, their paths cross again, now at a Kennedy Center concert (with Bernstein conducting, no less), leading Steven to maneuver himself into the Hungarian ambassadorship--from which post he plots the overthrow of Bohm and the long-delayed attainment of Katalin. Plot and settings are decently handled, but there's no excuse for the way this novel runs on: 750-plus pages are larded with unenthralling secondary characters and long scenes whose gist could have been handled in a paragraph--making this more of an endurance test than a read, even for people who have absolutely nothing planned for the summer. -- Copyright ©1991, Kirkus Associates, LP. All rights reserved.

This overlong yet at times engrossing saga traces the intricate relationship between two gifted but ill-fated Hungarian families. Istvan and Matyas Kardos are nine and 14 when their parents are massacred during the Hungarian uprising of 1956. Spirited out of the country to live with relatives in Kentucky, they follow disparate but equally successful paths: Istvan (now Steven) becomes a U.S. congressman and Matyas (Matthew) a prosperous financial analyst. Steven's ties to Hungary remain strong; he never forgets his youthful love for Katalin Gaspar. Now emerging as one of the world's foremost concert pianists, Katalin is also deeply involved in an intriguing but dangerous sideline. Both Steven and Katalin make wildly unsuitable marriages: Katalin to a high-ranking Communist official, Steven to a vain and ambitious socialite. When Katalin wins a scholarship to Juilliard the two meet again, and their romance ignites and flourishes despite political upheavals and family traumas. Mortman ( Rightfully Mine ) writes passionately of the rich, troubled Hungarian heritage. The many bold and memorable characters and the rousing finale, however, are somewhat undermined by cliched prose and a quagmire of subplots. BOMC selection.
Copyright 1991 Reed Business Information, Inc.