Items related to The shrine of Jeffrey Dahmer

The shrine of Jeffrey Dahmer 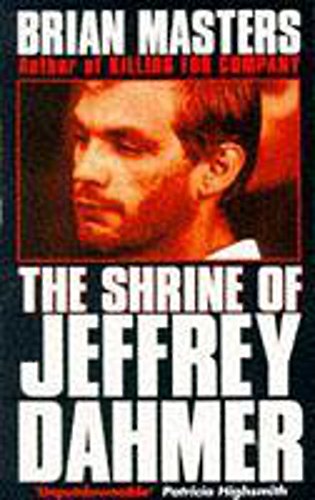 When Milwaukee police entered Jeffrey Dahmer's North 25th Street apartment in July 1991, they discovered that for some time this quiet, undemonstrative man had been living amidst the debris of an orgy of killing. A severed head lay in the refrigerator. A freezer contained two more heads and a human torso. Two skulls and a complete skeleton were found in a filing cabinet. A styrofoam box concealed two more skulls, and a large blue plastic drum was found to contain three further human torsos in various stages of decomposition. This is the story of the mass murderer, Jeffrey Dahmer. Brian Masters's subjects for biography have ranged from John Aspinall to E.F. Benson, from Marie Corelli to Georgina, Duchess of Devonshire. His study of mass murderer Dennis Nilsen, "Killing for Company", won the Gold Dagger Award for non-fiction in 1985.

Brian Masters began his career with five critical studies in French literature and proceeded to write the first full history of all the dukedoms in Britain. His subjects for biograph have ranged from John Aspinall to E. F. Benson, from Georgiana Duchess of Devonshire to Rosemary West. His penetrating study of mass murderer Dennis Nilsen, Killing For Company, won the Gold Dagger Award for non-fiction in 1985. Masters is a well-known journalist and reviewer.

1. The shrine of Jeffrey Dahmer

2. The shrine of Jeffrey Dahmer

3. The shrine of Jeffrey Dahmer