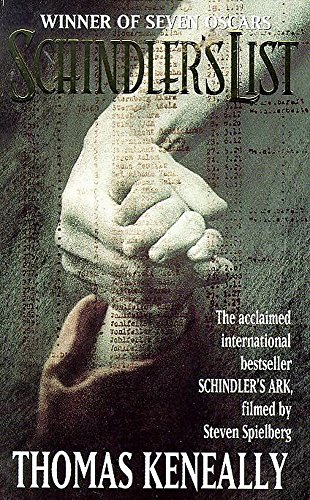 In the shadow of Auschwitz, a flamboyant German industrialist grew into a living legend to the Jews of Cracow. He was a womaniser, a heavy drinker and a bon viveur, but to them he became a saviour. This is the extraordinary story of Oskar Schindler, who risked his life to protect Jews in Nazi-occupied Poland and who was transformed by the war into a man with a mission, a compassionate angel of mercy.

Thomas Keneally has been shortlisted for the Booker four times and won it with SCHINDLER'S ARK in 1982. His novels have been filmed ("Schindler's List" and "The Chant of Jimmie Blacksmith") and dramatised ("The Playmaker"). He has also written several works of non-fiction including "Homebush Boy", a memoir.

'An extraordinary achievement' -- Graham Greene 'Brilliantly detailed, moving, powerful and gripping' -- The Times 'Thomas Keneally has done marvellous justice to a marvellous story' -- Sunday Times 'Keneally is a superb storyteller. With SCHINDLER'S ARK he has given us his best book yet, a magnificent novel which held me from the first page to the last' -- Alan Sillitoe 'This remarkable book has the immediacy and the almost unbearable detail of a thousand eye witnesses who forgot nothing' -- New York Times Book Review