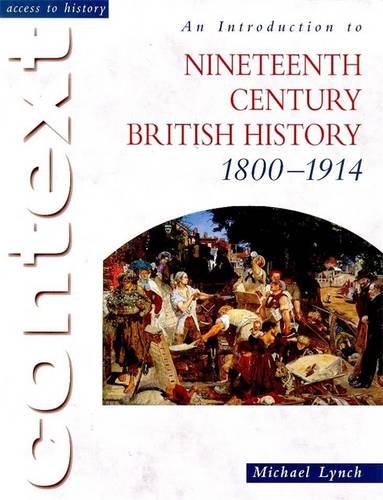 This work assesses the key themes of 19th-century British history. Issues such as the changing political scene, the economy, reaction and reform, the Anglo-Irish question, European foreign policy, relations with the wider world and the rise of organized labour are all analyzed and explained through narrative and structured activities.

Michael Lynch is a Modern History Lecturer at Leicester University and a best-selling Access To History author.

The series is regarded as the most suitable for the new syllabuses as well as the old ones because of the judicious mixture of texts, commentary and exercises - in generally accessible language. --K Ball, Ursulaine College 20001114