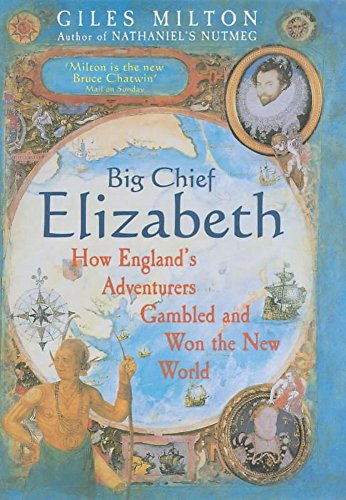 Giles Milton is a writer and journalist. He has contributed articles to most of the British national newspapers as well as many foreign publications, and specializes in the history of travel and exploration. In the course of his researches, he has traveled extensively in Europe, North Africa, the Middle East, and the Americas. He has written several books of nonfiction, including the bestselling "Nathaniel s Nutmeg, " and has been translated into fifteen languages worldwide. He is the author of the novel "Edward Trencom's Nose".

Recall the plight of the Soviet cosmonauts who in 1991 were hurled into space and left orbiting while on Earth the country that had launched them ceased to exist. Something similar happened in 1586, when ambitious English colonists were landed near Roanoke Island in Virginia, then stranded as skirmishing in the Atlantic and Caribbean ballooned into a full-scale naval war between England and Spain. The cast of characters glitters: Sir Walter Raleigh, Sir Alfred Drake, Queen Elizabeth herself, named Big Chief of a small tribe of Indians that was briefly--very briefly--friendly to the colonists. This history is gripping and the reading, by Richard Heffer, couldn't be better. B.G. © AudioFile 2002, Portland, Maine-- Copyright © AudioFile, Portland, Maine