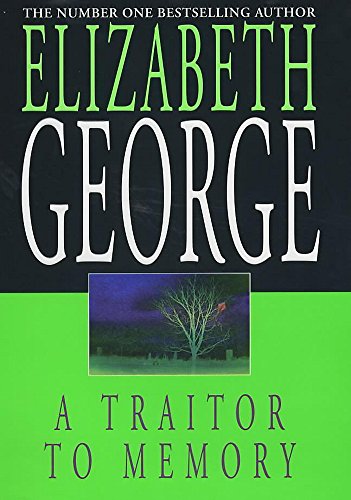 So believes Gideon Davies, 28-year-old musical wunderkind, a virtuoso violinist whose talents are internationally celebrated. When Gideon finds himself center-stage, unable to play, his tortured search for his music-and for the truth behind the appalling event that shaped his life-will lead him to the very heart of love’s darkest manifestations.

Families can be monstrous and their secrets dangerous, as New Scotland Yard detectives Thomas Lynley and Barbara Havers have discovered. The pair are puzzled that the Hampstead police need their help investigating the vehicular murder of a middle-aged divorcée, until they find evidence that one of their own superiors once knew the dead lady very well indeed. But the circumstances of Eugenie Davies's murder appear to center on her children: Gideon, a famous violinist now undergoing psychoanalysis for his sudden inability to play, and the long-dead Sonia, a disabled baby whose drowning death was shrouded in secrecy for her virtuoso brother's sake--at the insistence of their father, Richard--but also trumpeted in the press as the infamous "nanny murder" of its day. The nanny, Katja Wolff, has recently been released from prison, having never spoken of the night Sonia drowned. Lynley, Havers, and their colleague Winston Nkata know that whatever secret Katja Wolff has been hiding must be the cause of Eugenie Davies's death, but before they can find out what it is, another deliberate hit-and-run occurs in their own backyard.

The suspects are many: Wolff; Eugenie's most recent suitor; her ne'er-do-well brother; Gideon's longtime mentor, who kept in contact with Eugenie in the years after she abandoned her husband and son; and a gentleman of many monikers who boarded with the family at the time of the drowning. Even Richard Davies, the dead woman's ex-husband, is under suspicion. But it's violinist Gideon Davies's quest into his family's past, undertaken to save his career, that sets the book's events in motion. His own telling of the story runs parallel to the author's own voice but is time-shifted. Along with the details of the police investigation, this paints a disturbing picture of what happens when the truth is obscured and a child's normal instincts sublimated.

A Traitor to Memory is massive, and it's hard not to spot a few flaws in a plot so complex. The dual narratives force abnormally slow reading, the motive for one murder and two near-murders is inexplicably glossed over, and many doughty Lynley/Havers fans will still wonder by the end what exactly happened in Sonia's bathroom. Yet Elizabeth George orchestrates the family-secrets theme like a maestro, and at least one of the second-chair players--such as Katja Wolff's beautiful, scarred lover Yasmine Edwards--may be a rising star in the series. George's fans will no doubt find this 11th entry in the series worthy of a standing ovation. --Barrie Trinkle

"This can only add to her growing reputation as doyenne of English mystery novelists. ... [S]ome particularly moving moments."
-- Publishers Weekly

"A superbly paced, all-consuming treat.... George has the ability to display and then dissect her characters in a painfully realistic way. If dogged police work is what you demand from mysteries, hit the sidewalk with these complicated British detectives."
-- USA Today

"A master of the British mystery."
-- The New York Times

"Ms. George can do it all, with style to spare."
-- The Wall Street Journal

"It's tough to resist George's storytelling, once hooked."
-- USA Today

"George is a master.... She upholds the English tradition beautifully."
-- Chicago Tribune

"George explores her characters' dreams and fears with a penetrating grace that makes reading her books a joy."
-- The Washington Post Book World

"A fascinating list of subjects ... wrenching stories ... George conveys them all with exceptional grace."
-- People

2. A Traitor to Memory George, Elizabeth