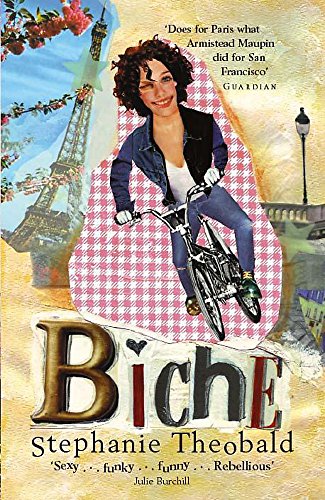 22-year-old bisexual George, desperate to make it as a journalist, shares a grotty flat in a rundown district of Paris. She and her best friend, a gay man called Holly, equally desperate to make it as a fashion designer, are highly promiscuous, addicted to one-night stands. We follow their fortunes as they live a hand-to-mouth existence, sleeping their way through the high life and lowlife of Parisian society, gatecrashing the parties of the rich and famous, networking shamelessly. All this is destined to come to an end when George falls head-over-heels in love with Lucinda, a high-powered, Roedean-educated English lawyer. It's her first serious relationship - but there are problems in store.

In her early thirtes, Stephanie Theobald spent five years in Paris as fashion editor of The European magazine. She now lives in London and writes for the Guardian. Biche is her first novel.