Items related to Among the Dead

Wignall, Kevin Among the Dead 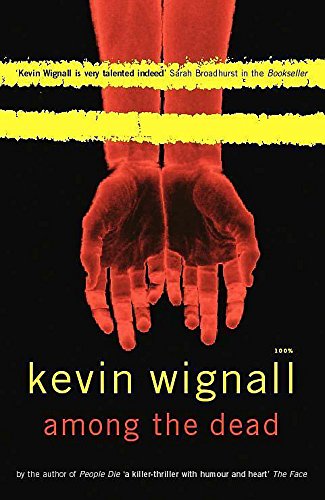 Alex Stratton is haunted by the past, by the part he played in the accidental death of a fellow student. Now, with the death of two of the other people involved, that past is brought back to the surface. Is someone else eliminating all the witnesses?

Kevin Wignall is a British writer, born in Brussels in 1967. He spent many years as an army child in different parts of Europe and went on to study politics and international relations at Lancaster University. He became a full-time writer after the publication of his first book, People Die (2001). His other novels are Among the Dead (2002); Who is Conrad Hirst? (2007), shortlisted for the Edgar Award and the Barry Award; Dark Flag (2010); Hunter’s Prayer (2015, originally titled For the Dogs in the USA), which was made into a film directed by Jonathan Mostow and starring Sam Worthington and Odeya Rush; A Death in Sweden (2016); and The Traitor’s Story (2016).

Book Description -. Paperback. Condition: Very Good. Among the Dead This book is in very good condition and will be shipped within 24 hours of ordering. The cover may have some limited signs of wear but the pages are clean, intact and the spine remains undamaged. This book has clearly been well maintained and looked after thus far. Money back guarantee if you are not satisfied. See all our books here, order more than 1 book and get discounted shipping. Seller Inventory # 7719-9780340793695

Shipping: US$ 9.55
From United Kingdom to U.S.A.
Destination, rates & speeds

Shipping: US$ 31.48
From United Kingdom to U.S.A.
Destination, rates & speeds