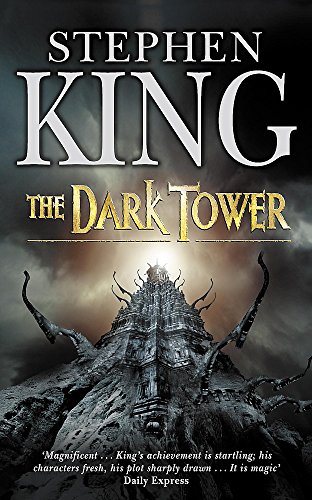 At one point in this final book of the Dark Tower series, the character Stephen King (added to the plot in Song of Susannah) looks back at the preceding pages and says "when this last book is published, the readers are going to be just wild." And he's not kidding.

After a journey through seven books and over 20 years, King's Constant Readers finally have the conclusion they've been both eagerly awaiting and silently dreading. The tension in the Dark Tower series has built steadily from the beginning and, like in the best of King's novels, explodes into a violent, heart-tugging climax as Roland and his ka-tet finally near their goal. The body count in The Dark Tower is high. The gunslingers come out shooting and face a host of enemies, including low men, mutants, vampires, Roland's hideous quasi-offspring Mordred, and the fearsome Crimson King himself. King pushes the gross-out factor at times--Roland's lesson on tanning (no, not sun tanning) is brutal--but the magic of the series remains strong and readers will feel the pull of the Tower as strongly as ever as the story draws to a close. During this sentimental journey, King ties up loose ends left hanging from the 15 non-series novels and stories that are deeply entwined in the fabric of Mid-World through characters like Randall Flagg (The Stand and others) or Father Callahan ('Salem's Lot). When it finally arrives, the long awaited conclusion will leave King's myriad fans satisfied but wishing there were still more to come.

In King's memoir On Writing, he tells of an old woman who wrote him after reading the early books in the Dark Tower series. She was dying, she said, and didn't expect to see the end of Roland's quest. Could King tell her? Does he reach the Tower? Does he save it? Sadly, King said he did not know himself, that the story was creating itself as it went along. Wherever that woman is now (the clearing at the end of the path, perhaps?), let's hope she has a copy of The Dark Tower. Surely she would agree it's been worth the wait. --Benjamin Reese

Stephen King is the author of more than fifty books, all of them worldwide bestsellers. His recent work includes the forthcoming Drunken Fireworks, Finders Keepers, Revival, Mr. Mercedes (winner of the 2015 Edgar Award), Doctor Sleep, and Under the Dome, now a major TV miniseries on CBS. His novel 11/22/63 was named a top ten book of 2011 by The New York Times Book Review and won the Los Angeles Times Book Prize for Mystery/Thriller. He is the recipient of the 2003 National Book Foundation Medal for Distinguished Contribution to American Letters. He lives in Bangor, Maine, with his wife, novelist Tabitha King.

Book Description Hodder & Stoughton, United Kingdom, 2005. Paperback. Condition: Very Good. The final volume sees gunslinger Roland on a roller-coaster mix of exhilarating triumph and aching loss in his unrelenting quest to reach the dark tower. Roland's band of pilgrims remains united, though scattered. Susannah-Mia has been carried off to New York to give birth, Terrified of what may happen, Jake, Father Callahan and Oy follow. Roland and Eddie are in Maine, looking for the site which will lead them to Susannah. As he finally closes in on the tower, Roland's every step is shadowed by a terrible and sinister creation. And finally, he realises, he may have to walk the last dark strait alone! You've come this far, Come a little farther, Come all the way, The sound you hear may be the slamming of the door behind you. Welcome to The Dark Tower. The book has been read, but is in excellent condition. Pages are intact and not marred by notes or highlighting. The spine remains undamaged. Seller Inventory # GOR001224693