Items related to With No One as Witness (Inspector Lynley Mystery, Book...

George, Elizabeth With No One as Witness (Inspector Lynley Mystery, Book 13)

With No One as Witness (Inspector Lynley Mystery, Book 13) 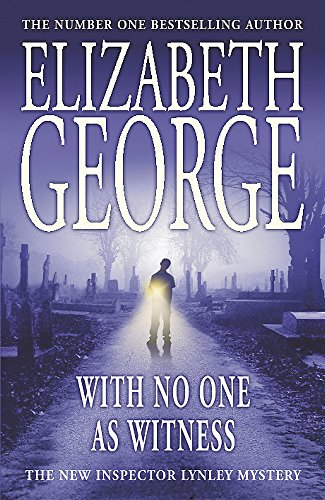 When the Metropolitan Police fail to realise a serial killer is at work, London ignites over the fact that the killer's victims are young black and mixed race boys. Institutionalised racism is claimed by the community's activists and tabloids alike. Acting Superintendent Thomas Lynley is given the case, and his Scotland Yard task force is soon handling more killings and a looming tragedy. Elizabeth George brings to the familiar subject of the serial killer a freshness and clarity of vision that provide illuminating insight into the psychological complexity of the tortured criminal mind. She does so within a richly textured, thrillingly suspenseful narrative that defies any reader to predict its outcome. Nor does she neglect our favourite characters, whose private lives provide an engrossing counterpoint to their professional duties.

In With No One as Witness, her thirteenth novel, Elizabeth George has crafted an intricate and absorbing story sure to enthrall her readers. Detective Inspector Thomas Lynley, along with his longtime partner, the fiery Barbara Havers, and newly promoted Detective Sergeant Winston Nkata, is back, and on the hunt for a sinister killer.

When an adolescent boy's nude body is found mutilated and artfully arranged on the top of a tomb, it takes no large leap for the police to recognize this as the work of a serial killer. This is the fourth victim in three months but the first to be white.

Hoping to avoid charges of institutionalized racism in its failure to pursue the earlier crimes to their conclusion, New Scotland Yard hands the case over to Lynley and his colleagues. The killer is a psychopath who does not intend to be stopped. Worse, a devastating tragedy within the police ranks causes them to fumble in their pursuit of him.

With a surprise ending that will shock readers to the core, With No One as Witness is full of the mesmerizing action and psychological intrigue that are the hallmarks of Elizabeth George's work and continue to prove that she is "a master of the English mystery." (New York Times).

Elizabeth George is the author of highly acclaimed novels of psychological suspense. Her first novel, A Great Deliverance, was honoured with the Anthony and Agatha Best First Novel awards in America and received the Grand Prix de Litterature Policiere in France; Well-Schooled in Murder was awarded the prestigious German prize for international mystery fiction, the MIMI (1990). Her novels have now been adapted for television by the BBC. An Edgar and Macavity Nominee as well as a New York Times and international bestselling author, Elizabeth George divides her time between California and Kensington, London.

1. With No One as Witness (Inspector Lynley Mystery, Book 13) [Paperback] George, Elizabeth