Items related to The Tender Bar 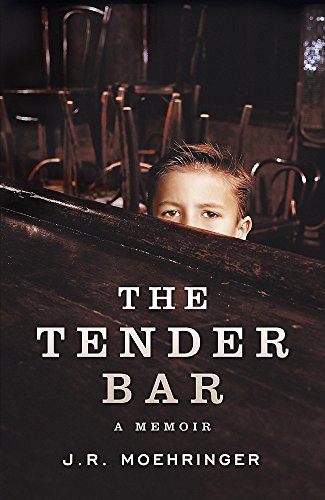 "Long before it legally served me, the bar saved me," asserts J.R. Moehringer, and his compelling memoir The Tender Bar is the story of how and why. A Pulitzer-Prize winning writer for the Los Angeles Times, Moehringer grew up fatherless in pub-heavy Manhasset, New York, in a ramshackle house crammed with cousins and ruled by an eccentric, unkind grandfather. Desperate for a paternal figure, he turns first to his father, a DJ whom he can only access via the radio (Moehringer calls him The Voice and pictures him as "talking smoke"). When The Voice suddenly disappears from the airwaves, Moehringer turns to his hairless Uncle Charlie, and subsequently, Uncle Charlie's place of employment--a bar called Dickens that soon takes center stage. While Moehringer may occasionally resort to an overwrought metaphor (the footsteps of his family sound like "storm troopers on stilts"), his writing moves at a quick clip and his tale of a dysfunctional but tightly knit community is warmly told. "While I fear that we're drawn to what abandons us, and to what seems most likely to abandon us, in the end I believe we're defined by what embraces us," Moehringer says, and his story makes us believe it. --Brangien Davis

J.R. Moehringer, winner of the Pulitzer Prize for feature writing in 2000, is a staff writer for the Los Angeles Times Sunday Magazine, and a former Nieman Fellow at Harvard University. He lives in Denver.